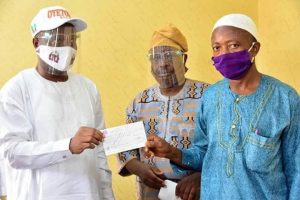 No fewer than 30 cocoa farmers on Wednesday benefited from the loan facilities provided by the Government of the State of Osun as part of fulfillment of its campaign promises to support farmers and promote agriculture in the State.

The loan, according to the government, was aimed at boosting cocoa production and increase the farmers’ yields for this year’s growing and harvesting season. 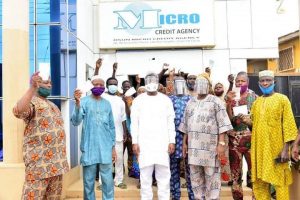 Addressing journalists shortly after the distribution of the soft loan in Osogbo, the General Manager, Osun Micro-Credit Agency, Mr. Dayo Babaranti, said similar gesture had recently been extended to cassava and tomatoes farmers in the State.

He said the agency was determined to support the economy of the State as it is ready to revive micro, small and medium scale enterprises.

“We are here this morning to distribute N5millon loan to 30 individual cocoa farmers in the four major cocoa growing councils in the State, namely Ilesa-West, Ilesa-East, Atakunmosa-West and Atakumosa-East respectively.

“This support is given to farmers for them to purchase chemicals and other things they need to spray and prevent cocoa from infections that usually to reduce their productions ahead of this year’s growing season.

“So, with this little support, our farmers can have access to some of the farm inputs to support their activities and increase their production,” he said.

Babaranti admonished the beneficiaries not to see the fund as free money but a support to advance their productions.

He further implored the beneficiaries to use the fund judiciously and apply it on what it was meant for. 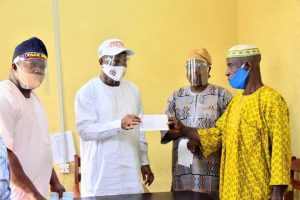 “I urge the beneficiaries not to divert the funds but apply it on what it was meant for which is to support their farming activities,” he said.

Some of the beneficiaries who addressed the media after they received their cheques, lauded the state government for promoting agriculture sector in the state.

Moshood, who assured of the timely repayment of the loan, said, “We shall use the fund for the purpose it was meant for.”