Hon Adabanija Qomarudeen Idowu  today at Ido Osun town hall, bagged an award of excellent on social media commentaries. The award which was three in One Award was presented to him by the Onikoyi Ewi and Film Production during the celebration of fifteen years of formation of the Ewi and theatre group. 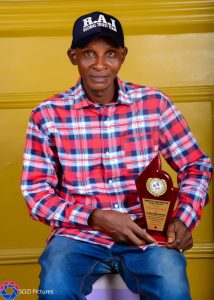 He was recognized with best social media commentator, Activist Masses solicitor and Anti corruption campaigner of Nigeria.
The award according to the organizer of the event was in recognition of his contribution to the development of society through social media commentaries. 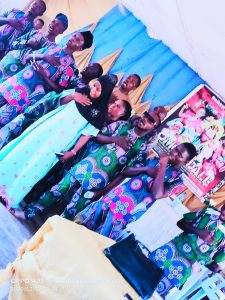 Other dignitaries that were also honored alongside with him is honorable Abiodun Akinwale Awolola, the chairman Egbedore South LCDA, Honorable Ajao Adekola Akeen, Alhaji Taflad, Baale Onibueja of Ido Osun among others.
Honorable Adabanija in his remark thanked the Onikoyi Ewi and Film Production for the honor bestowed on him and promised not to relent in those things that fetched him this noble award.