Osun State Governor, Adegboyega Oyetola, has lauded the workers and the people of the State for supporting the administration with consistent prayers, which he said was instrumental to the unprecedented milestones his Administration recorded since it came into power over a year ago. 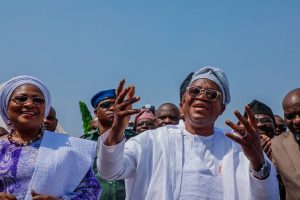 This is even as the Head of Service, Dr. Olowogboyega Oyebade, commended the administration for keeping to its promise to always put smiles on the faces of workers by paying the December salaries without the month’s Federal Allocation.

The duo spoke on Thursday during the inter-religious prayer session organised by workers to herald Year 2020.

Speaking further, Governor Oyetola said, “Your collective and individual prayers and support were the groundwork for the victories and milestones we recorded last year. I recognise and appreciate the impact of your prayers and support on our victory at the court and on our efforts to commence the delivery of our Development Agenda in all the sectors. 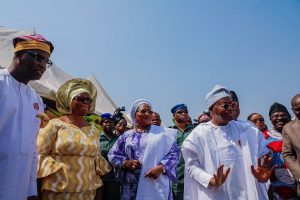 “I must say that I am blessed to have workers who willingly and conscientiously give me the three things that define the success of an administration: service, prayers and support,” Oyetola stated. 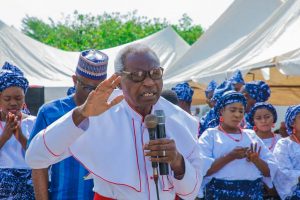 He urged the workers not to give up on their prayers for the government, assuring that the administration would continue to prioritise their welfare and that of the entire citizens of the State.

Oyetola also thanked all the Christian and Islamic religious leaders present on the occasion and urged them to pray for sustainable success of the current administration, saying “Putting God first every year and coming together as His people in love, unity and peace are no doubt the secret behind our achievements and distinction and, indeed, our ranking as an award-winning State.” 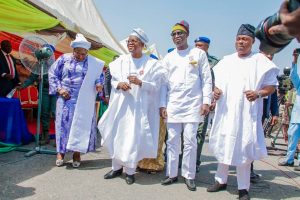 The Governor enumerated part of the achievements of the administration to include economic transformation of the State through the convocation of the Osun Economic and Investment Summit and the establishment of the Osun Investment promotion Agency, saying that there would be improved services across all sectors “by the time these two initiatives start to bear dividends this year”.

The Governor said all hands must be on deck to double the State’s IGR, emphasising that “It is very important to collectively drive the IGR because it is the only source for payment of the minimum wage.”

The Head of Service, The State of Osun, Dr. Olowogboyega Oyebade, commended the Oyetola Administration for keeping to its promise to always put smiles on the faces of workers.

He assured the government of the continued support and cooperation of the workforce in the State just as he prayed that God should grant the State more resources to enable the administration complete the good works it was doing.

The occasion was graced by top government functionaries, including Permanent Secretaries, other workers, Christian and Islamic religious leaders and royal fathers in the State.

Prince Hakeem Oriyomi Ajasa! The Grand Coming of the 15th Oniru of Iruland by Kunle Oduah.