– Before 2010, the security of the state of Osun was nothing to write about, series of political violence, robbery, extra judicial killings etc…

– In 2014, Aregbesola purchased Helicopter, a French Five-Plus-One passenger Eurocopter AS-355N, is a 2006 Model with twin engines, for Aerial Security Surveillance and also to provide emergency services for the Osun Emergency Management Agency And O-Ambulance( for medical emergencies and other forms of evacuation). 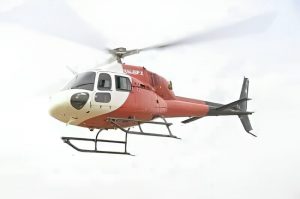 – He procured sophisticated 25 Armoured Personnel Carriers (APC) to the Nigerian Police Force, a feat that has never been achieved by any government in the 36 states.

– He established Osun Emergency and Citizens’ Inquiry/Contact Centre in Oke-Fia, Osogbo, which has since been serving as the easiest way of reporting any emergency situation to the security agencies….

– Aregbesola led administration State provided about 125 patrol vehicles to security agencies such as the Army, Police, FRSC, NDLEA and the Civil Defence….

– He initiated payment of additional stipends for Police Officers in the state.

– He procured sophisticated ammunition for the Nigerian police Force in the state of Osun.

– Under his watch, there was inauguration of a combined quick emergency response team, Swift Action Response Squad (SARS) which comprises security forces like the Army, Police, and NSCDC officials whose activities reduced crime rate significantly to the barest minimum in Osun.

– Rauf Aregbesola believes security is the most essential responsibility of a responsible government. When a government fails to provide security, it has no business in power.

– Nigeria Police force commended his effort, said, “the Aregbesola administration has demonstrated high sense of responsibility in keeping the state safe in line with the dictate of his office and first in the history of Nigeria”.

The LEGACIES LIVES ON…Osun and the good People of Osun will forever be grateful.