The people of Igbaye in Odo Otin local government of the state of Osun finally get new monarch after 14years without head.

The late Onigbaye of Igbaye died in 2006 and the battle to replace him started in earnest, but the people of the town could not install their popular choice candidate due to power play then during Prince Olagunsoye Oyinlola as the governor of the state when Mr Oni Moronfoye was forcefully installed by governor Olagunsoye Oyinlola because he is a strong member of PDP and thereby deprived the popular choice of the people Prince Abdul Ganiyu Oyeroka Oyenike the opportunity to ascend the throne despite the fact that he is the popular choice.

The installed king was prevented to enter the palace since then by the people of Igbaye and the matter was dragged before an Ikirun high court and was dragged for years. 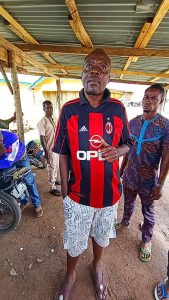 Just last week 13th of October 2020, the judge delivered the ruling which was alleged to be through the influence of money and the ruling wasn’t favourable to prince Abdul Ganiyu Oyeroka Oyenike,but the people of the town immediately after the court ruling gathered and eventually installed Prince Abdul Ganiyu Oyeroka Oyenike who is the popular choice of the people of Igbaye as the new king with the backing of one of the two surviving king makers.

The other candidate who have been prevented entering the ancentrial palace bombarded Igbaye with his supporters who came in numbers with dangerous weapons and started shooting sporadically at people where some people sustained gun wounds. 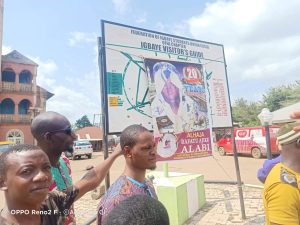 The Igbaye Muslim central mosque was riddled with bullets including the post office which was also marked with axe by the rampaging thugs who are suspected loyalists of Prince Oni Moronfoye.

After some few hours, peace finally returned to Igbaye and the newly installed King has since being receiving homages of the people of the town. 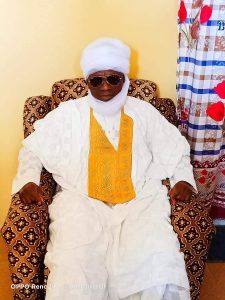 Today Friday 23rd of October 2020, the Muslim women and youths of Igbaye accompanied the new monarch to the central mosque to observe Jumat prayer.

Early today,the youths in the town gathered at the ancentrial palace to clear the bush and remove some palm trees which have grew weedy in the compound of the palace in preparation for the newly installed King to be able to move to the palace.

Prince Abdul Rauf Boye who spoke with our Reporter narrated all the above story to us while chief Elemosho of Igbaye who is one of the King makers also corroborated his claims including the chief immam of Igbaye central mosque,and all efforts to reach Mr Oni Moronfoye to hear his own side of the story proved abortive because he was reportedly to have left the town with his supporters.

Yoruba is not a tribe, but a Nation.

Excerpts from EDE MAPO AROGUN: A Celebration of...