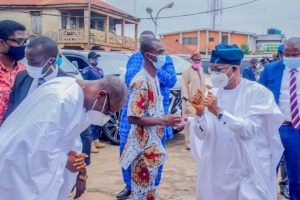 From a very humble background in Iye Ekiti, a local government area of Ekiti State, Baba triumphed against all odds to become a Pharmacist and later a Politician of great repute. His story is one of tenacity and determination. Baba was an epitome of humility, selflessness and integrity.
Baba lived a very pious life and this really endeared him to the people. With the giant heights attained by Baba in the Nigerian political terrain, he never allowed his achievement to cloud his relationship with everyone that he dealt with, to him, we are all equal before God and he always reminded us that whatever achievement we garnered in this world, it should be for the furtherance of the interest of the people and the society we find ourselves.
Baba is one of the old guards of southwest politics and his demise has further robbed us of his wealth of experience which we have been drawing from. As a staunch protégé of late Chief Obafemi Awolowo, Baba was a powerful advocate of a united Nigeria. It must be emphasised that throughout Baba’s political life, he never courted scandal, his unassuming lifestyle did not allow for this, he was always on the side of justice and transparency. With all the opportunity for self-aggrandizement at his disposal, until his death, he lived a very spartan life, Baba chose to worship people rather than being worshipped like an icon that he truly was, he died a contented and happy soul. 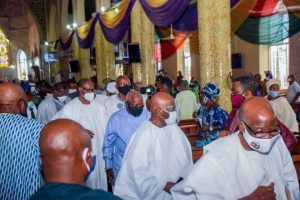 My fondest memory of Baba Fasanmi is his impeccable mode of dressing. Even in his old age, Baba is always neatly dressed. I must confess that Baba greatly influenced my mode of dressing.
Late Pa. Ayorinde Fasanmi was a great man. An intellect of no mean stature, a great and courageous soul and one of the great men of the Yoruba Nation, nobody is perfect but we can say this of him, he was just a little below the Angels. You have fought well Baba, you deserve the rest. May God lead you home.
s