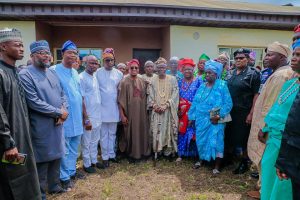 Governor Adegboyega Oyetola of Osun State has said that to effectively police the Osogbo-Gbongan-Ibadan road, the popular Olajoku’s park located at Gbongan junction will be rehabilitated and converted to a Joint Task Force base of the security agencies.

Addressing the journalists shortly after the inspection of the facilities yesterday, the governor said the decision was taken after justifying the significance of the location to the security needs of the state. 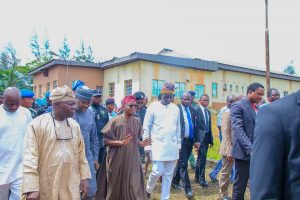 He attributed the decision to the need to properly police the area to prevent kidnappers and other criminals from having a field day, saying the initiative would help to strengthen the security in the state and ensure adequate protection of lives and property of the citizens. 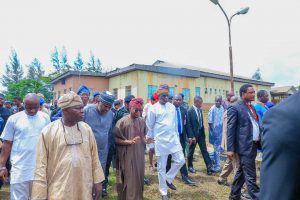 The governor reiterated the administration’s determination to the security and welfare of the people, saying no effort would be spared by the government to protect the lives and property of the citizenry.

“We are set to rejuvenate this place for the purpose of enhancing the security profile of the state. We are doing this in respect of the significance of this place being the central point that adjoins the state with other states like Oyo, Ondo, Ekiti and Ogun, among others.

“As you all know, our administration has been working hard to strengthen the security by forming Joint Security Task Force. Thus, having its base here would go a long way to helping to serve the purpose.

“The Osun Security Joint Task Force which is the collaboration of the Army, Air Force, Police, NSCDC, DSS among other security agencies, is put together to ensure that the state is absolutely safe and effectively secured.

“With this move, the entire highways will be secured. This is a central point particularly the way to Ibadan, Ondo, Ekiti, and Ogun. I am happy for the location of this place. This will help to properly nip in the bud the security challenges. This is in furtherance to the fact that we are concerned about the security of our people.

“In any case, the security and welfare of the people are the primary responsibility of government and as a government; we are determined to live up to that responsibility.

“We are also determined to flush out the criminal elements within and outside the state as we are working in collaboration with the security agencies to tackle kidnapping, banditry, and robbery, among others.

“We are hopeful that when this place is revitalised for security purpose, it will take care of the highways and when this is done, the issue of kidnapping would be a thing of the past in our state.

“Though this place is like a comfort zone, with the value that we are adding to it, it will equally serve as a security zone where people can be assured of topmost security and relaxation.

“I want to assure our people that the government would remain committed to their security and welfare,” the governor said. 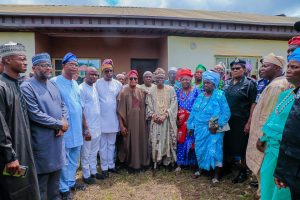 The Commissioner of Police, CP Abiodun Ige, commended the commitment of the state government to tackling insecurity.

Ige who described the move to rehabilitate and convert the park to a security base as a welcome development, said the initiative would further help the security agencies perform optimally.

“This is coming at the right time. We have been talking on the need to enhance the security in the state. So, with this initiative, Osun is in safe hands.