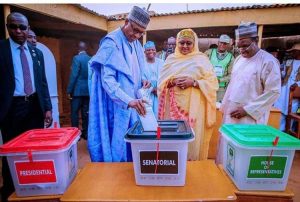 En route the polls, contemporary boondocks legend mooted parables of him as a warrior in wolf-skin vest, brandishing a shield of steeled morality and a stone-axe, forged to hack down monuments, that, the corrupt ruling class built to entrench corruption. 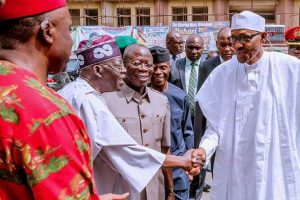 His second coming on February 23, 2019, like his first, was equally borne of reaction. But he never talks about how people see him: be it as the ‘cloned Jubril of Sudan,’ an ‘unrepentant nepotist,’ ‘religious fundamentalist’ or devoted ‘Change’ agent;’ Buhari adopts the eloquence of silence.
He responds with persuasive governance, argued stalwarts of his party, the All Progressives Congress (APC). 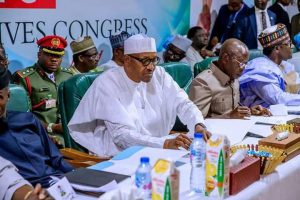 Thus, in the wake of the February 23 elections, his party was upbeat though wary of losing to his major rival, former Vice President (VP), Atiku Abubakar of the People’s Democratic Party (PDP).
On February 27, when electoral umpire, the Independent National Electoral Commission (INEC), pronounced Buhari as Nigeria’s new president-elect, pundits described it as a befitting climax for what was a hard-fought electoral contest.
Shortly after 5 a.m, INEC officials declared Buhari victor over Abubakar, by a wide margin. Buhari won by 3.9 million votes, having garnered 15.2 million to Atiku’s 11.3 million.
There is no gainsaying that Buhari’s victory signals a watershed in the country’s duel with corruption, discord and random bigotries.
In the view of most Nigerians and international media, his re-election on February 23, 2019, was far more symbolic for the nation’s democracy and its struggle against the corruption canker.
For instance, the New York Times opined that it “was in many ways a referendum on honesty, as voters once again embraced a candidate who held up a broom at rallies, declaring to sweep away the graft that has given the nation a bad reputation worldwide.”
The Buhari phenomenon
Buhari’s recent victory at the polls, no doubt, ventilates the phenomenon which he has become. In 2003, 2007 and 2011 when he vied, unsuccessfully, for the presidency, his votes were confined to the North, most especially the North West.
His hitherto limited appeal was, however, attributed to his politics. Buhari rejected the politics of expediences; he wouldn’t yoke with the divide he considered anathema to his visions of statehood. 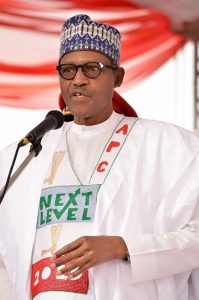 fighting against corruption and I will not give EFCC order to release anybody’s bank account under investigation- President Muhammadu Buhari.