Alarmed by the recent flood warnings raised by the Nigeria Hydrological Services Agency (NIHSA) and as contained in the 2019 Annual Flood Outlook (AFO) report, the candidate of the All Progressives Congress (APC) in the last general elections, Dr. Olasiji Olamiju has embarked on channelization and desilting of a waterway in Oroki housing estate, Osogbo the State capital of Osun, as part of his social responsibility services. 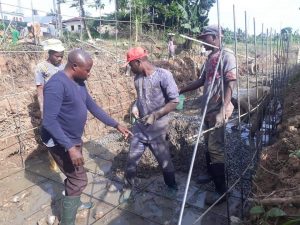 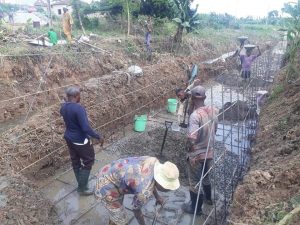 The Pharmaceutical doctor popularly known as AKOL explained that, as a Public Health Expert, the flood alert calls for proactive measures against several associated public health problems, explaining that he embarked on lining of the water channels with concrete walls, which would make it to last longer and work more efficiently is to support the government in averting untoward eventualities. 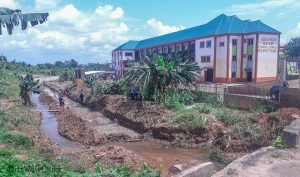 “The flood alert given few days ago calls for proactive measures against several associated public health problems such as loss of lives and properties, homelessness, environmental damages, among others.”

“As a Public Health Expert, I have to rise to the occasion to support the state government in the channelization to avert untoward eventualities. Our government, under the leadership of Governor Oyetola is working assiduously to make Osun better, therefore he needs the support of all and sundry, especially the wellmeaning citizenry to accomplish his lofty wishes”, Olamiju explained.

He continued, “It’s primarily the duty of government but we all know the economic situation of the state government finances now. This project is part of my giving back to the society. As you can see, though I am a Pharmacist and after engaging a registered engineer, I still have to monitor the works to completion.”

Olamiju, however, warned residents of Osogbo and its environs against dumping refuse in waterways, especially during the rains to avoid blockage.

It would be recalled that Osun has spent over N3billion on the dredging of 344.44km waterways in the past.

Even Kirikiri Prison Is Better Than This Hospital, El-Zakzaky speaks From India.