Egbedore traditional rulers eulogized Governor Gboyega Oyetola for making frantic efforts to develop the state of Osun in all ramifications. 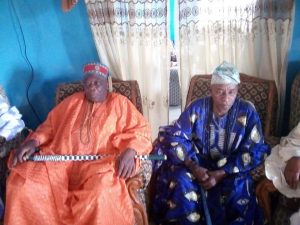 The monarchs unanimously gave the commendation today when Hon. Ibirogba Babatunde Eleniyan paid them a courtesy visit at the palace of Elegbedi of Egbedi, Oba Isiaka Ayanboye.

The dutiful legislator used the occasion to chronicle his activities cum achievements at the State Assembly since he assumed office few months back. He listed the ongoing borehole projects at various wards; appointment of youths in all the wards of Egbedore as personal assistants; the palliative work currently ongoing on Oshogbo – Iwo road that cuts across a large portion of Egbedore and numerous other projects as some of the dividends of democracy he has facilitated for the good people of Egbedore LGA. He vowed to facilitate construction and rehabilitation of as many roads as possible in Egbedore and assured the monarchs of speedy renovation of all the maternity centres across the length and breadth of the local government. 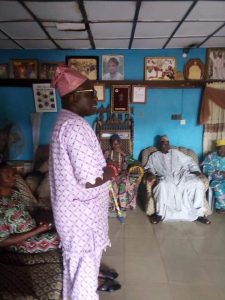 While responding, the monarchs unanimously eulogized the ongoing construction of public school in Ekuro and thanked the government for promoting many traditional rulers in Egbedore. They vowed to give their unflinching support to the present government and presented the specific needs of their respective communities to the stable of their state legislator who doubles as the Osun West Senatorial Chief Whip in the State Assembly. 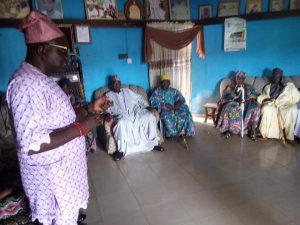 Appearance of the Commissioner/Special Adviser Nominees Before the Honourable House.