An aspirant for the Chairmanship of Olorunda North LCDA, Honorable Sakirat Adeoye Iyaniwura has congratulated the Ataoja of Osogbo, Oba Jimoh Olanipekun Oyetunji Larooye II on the occasion of his 10th coronation anniversary. 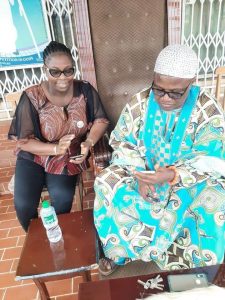 Iyaniwura commended the Ataoja for upholding the legendary history and tradition of his forefathers, especially the highly organized political, economic and social structures that preceded many civilizations in Osogbo.

She also described the Ataoja as an embodiment of peace adding that the frontline monarch has never relented in working towards peaceful co-existence in the state and beyond.

Iyaniwura in a congratulatory message in Osogbo on Friday, said since the monarch ascended the throne of his forefathers, Osogbo has been witnessing rapid development in terms of infrastructure an social amenities and other indicators of development. 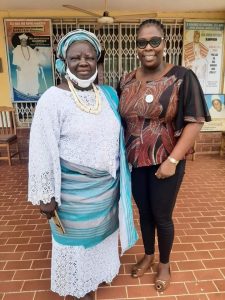 According to her “As our royal father marks 10 years on the throne, Iyaniwura2020 “affirms that his exposure, knowledge, and charisma before ascending the position deeply impacted and expanded the influence of the domain, most remarkably among other traditional rulers and various governments that rely on him for wise counsels.”

She stressed that the wisdom, warmth, and friendliness of the monarch translated into tran. .

“Baba has shown leadership, dexterity, courage and passion for development. Over the years, he has been solidly behind efforts to make Osogbo develop more. He is a quintessential role model.

“As our highly revered Kabiyesi marks 10 impactful years on the throne of his forebears, it is a time to reflect, rejoice and count God’s blessings on the life of a man whose reign has continued to yield positive results for the ancient town.”

The Humane and Administrative sides of Rauf Aregbesola By Deyami Saka.