Your Covenant With God Is Real. 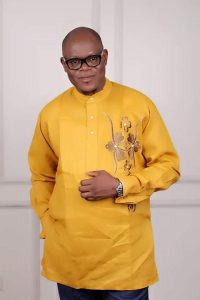 Senator representing Osun central Senatorial District Ajibola Basiru says Governor Gboyega Oyetola is a man who has destiny with time and whose covenant with God is real.

In a congratulatory message from his Media Office, Senator Basiru described Oyetola’s birthday as a landmark achievement not only in health, wealth and position but in firm belief in Allaah.

“To have emerged from the corporate world onto the political scene,relatively uncelebrated, and then scaled hurdles and sailed through murky waters of politics, your covenant with God is unarguably real,” Basiru observed.

The Chairman,Senate Committee on the Diaspora noted that Alhaji Isiaka Gboyega Oyetola became Governor in a scenario he was seen as having the least of the chances showing that he has a destiny with time.

“The legal tussle from the Tribunal to the Supreme Court with eventual triumph are all a pointer to the fact that when God chooses a man, every hurdle in his way becomes a stepping stone to a higher ground.

Felicitating with Governor Gboyega Oyetola on his birthday and pray for more prosperous years ahead, Senator Ajibola Basiru appeals to the people of State of Osun to rally support for him in a bid to move the State further and forward, assuring that Oyetola would not disappoint them as he had started off well in health education and road infrastructure besides regular payments of salaries in less than a year in office.

Hope for Egbedore local govt and others as Oyetola reassures that No LG will be marginalised in cabinet formation.