Governor Adegboyega Oyetola of the State of Osun said on Tuesday that women across the globe deserve recognition and commendation for being moulders of all builders of nation the world over. 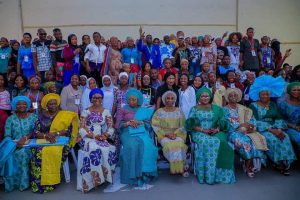 The governor, who said this while delivering a goodwill message at the 2nd National Women’s Conference held in Osogbo, described women’s role in leadership as booster to the sustainable development of a nation.

This is even as the wife of the Vice President of the Federal Republic of Nigeria, Mrs. Dolapo Osinbajo, who was the Keynote Speaker at the event, called on Nigerian women to rise up to the societal needs by being supportive to their husbands in the quest to move the nation forward. 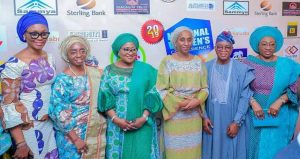 She described women as vanguards of development, saying their role in the achievement of sustainable development and national unity cannot be over-emphasised.

Governor Oyetola further maintained that women in Osun are given a pride of place as government is conscious of their rights, capacity and welfare, adding that Osun is a gender sensitive state.

He noted that the administration had, in the last ten months, been supportive of the women by giving them soft loans to float small scale businesses.

He added that women in the state are also being mobilised to participate in politics as this is key to their involvement in the development of the state.

The governor also acknowledged and lauded the support of his wife, Mrs. Kafayat Oyetola through her leadership of Osun Women Development Association (OSUNWA), in the promotion of girl child education and women’s participation in politics, business and agriculture. 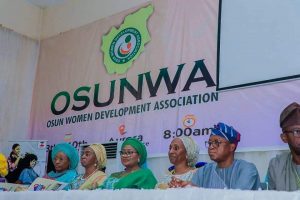 He said, “The theme of this Conference, ‘Woman, Pioneer of Change for Inclusive Participation in Development,’ is both beneficial to the women and the nation.

“It is an ample avenue for women, our vessels of honour, to mobilise and galvanise themselves into a formidable group for equitable and inclusive participation in nation building.

“It is also a forum for our nation to further experience sustainable development through this initiative. Women are noted world over as great managers of men and resources, and indispensable supporters of successful ventures.

“The real strength of a nation emanates from families where its builders are moulded. These nation builders are armed with the ethos of character and zeal imbued in them mostly by the mothers. 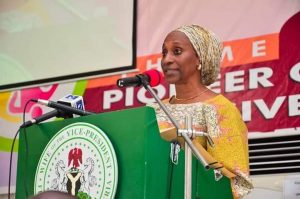 “As a nation in need of change to regain our desired rebirth, the source of such reawakening can only genuinely come from the women. And when women garner their managerial skills to rouse society to action at all levels as they are doing now, the nation is on the right course to sustainable development.

“In our 10 months in government, we have given loans to women to float small scale businesses, especially in Agriculture to reposition them for self and societal development. 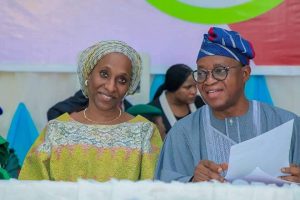 “Osun has enjoyed the contributions, cooperation and capacity of women in position of leadership. We are resolved to use them as points of contact to other women so that they can equitably contribute to governance and development.

“Development enjoys a boost when women who reports say constitute majority of the population actively participate in developmental activities. 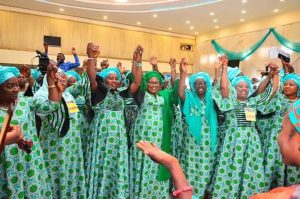 “The State of Osun is a gender sensitive state and one that is conscious of the rights, capacity and welfare of women. Our First Lady has been active in mobilising the women for the development of the State. ”

Earlier in her welcome address, the Chairperson of OSUNWA and wife of Osun State Governor, Mrs. Kafayat Oyetola thanked the governor for his continuous support for women in the state.

She said OSUNWA had created a platform for the wives of government officials to meet and deliberate on the development of the state, adding that the association has registered a footprint in developmental and empowerment projects in the state. 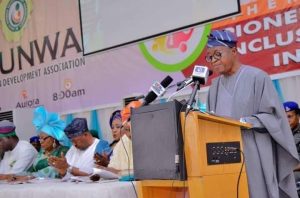 Wake up: Amotekun controversy and the rest of...