Woman buries her child alive because a rich man promised her marriage.

BREAKING NEWS:
.
WOMAN BURIED HER CHILD ALIVE BECAUSE A RICH MAN PROMISED HER MARRIAGE
.
According to facebook page named Hits2Babi.com a shocking incident has just happened which might just signify we are truly living in the end times; 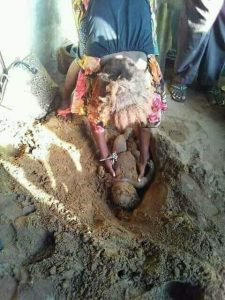 Happened in Togo, She ran into a rich man who asked her to get rid of her baby before she married her because he would want a woman without a child, that young girl buried her baby three months last Saturday in agbavi, she just dug it up. After the intervention of the paternal family and law enforcement officials on Monday. 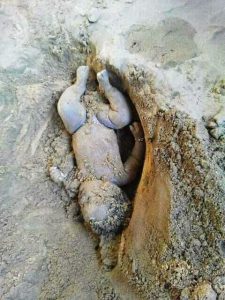