Who really owe Olorunsogo community in Egbedore South LCDA in the state of Osun, the fact speaks for itself. 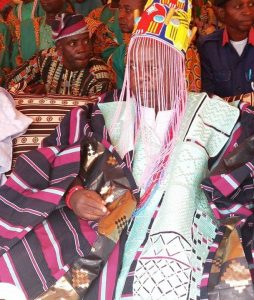 Olorunsogo is an ancient community whose existence dated back around 1886 the time the Timi of Ede land Oba Hqbeebu Lagunju resettled some people of Ofatedo and allowed also some Ede indigenes to farm and oversee the activities of the new settlers in Ofatedo.
As the time went,non Ede indigenes started occupying the community as farmers and other commercial activities.
Olorunsogo has similar history with Okinni,Surulere,Woru,Igbokiti,Alapata,Apupu and of course Ido Osun which are all Tennant’s of Timi.
Olorunsogo witnessed rapid development as a result of it proximity with Osogbo,the zonal and commercial centre.

This rapid development was envy by the people of Ido Osun and also attracted the Oludo of Ido Osun who started to trespass on the land by selling the land unlawfully to people without seeking and obtaining the permission of the Timi.
This case of trespass, annexation and encroachment was reported to Timi Oba John Adetoyese Laoye by the settlers who were then overseeing the areas on behalf of the Timi.
Timi instructed Oludo to put a stop the selling of land which Oludo refused to comply with. The refusal by Oludo to put a stop to trespass resulted to institution of legal action by Oba John Adetoyese Laoye,the Timi of Ede against the Oludo Oba Bello Oyewusi in 1964.
This legal battle which started from high court of justice Osogbo and was pursued up to the court of appeal Ibadan was finally decided in favour of Timi at the supreme court Lagos in 1970.The supreme court upheld the decision of the court at the first instance in Osogbo that the whole area in dispute belongs to the Timi of Ede Land base on fact of history and evidences supplied by the witnesses,particularly Oba Adenle the Ataoja of Osogbo,the principal witness of Oludo of Ido Osun.

The supreme court judgement which was delivered on Friday 4th December 1970 through SC47/1970 affirmed that:

(1) “the Oba of Ido Osun (his ancestors) who were being trouble and chased from Iwaluse to Igbokiti and then to Ido Osun by the Fulani raiders could not have been sufficiently powerful to have had an independent kingdom.
(2) “the Alaafin and Owa of Ilesha shared common boundary and they sent their delegate the Timi and Ataoja to watch their intetest ”
(3) Oba Adenle the Ataoja of Osogbo claimed,as a principal witness to Okudo,that Iwaluse was originally Owa’s land but later shared by Osogbo and Ede people.
(4) that the common boundary was not Erinle stream but Arungba stream.
(5) that Oludo and the people of Ido Osun are customary Tenants of Timi.
(6) Oludo was awarded cost of 50 Guineans in the court of appeal and 71 Guineans in the supreme court.
(7) granted the Timi the declaration of the title to all the pieces or parcel of land being and lying in the survey plan No AB 1900 and therefore verged green.
(8) granted Timi injunction to restrain the Oludo,his agents,servants assigns and executors from committing further act of trespass on the said land.

Oba John Adetoyese Laoye was happy and exclaimed that it is God’s glory for Ede land, meaning Olorunsogo. As a result of the victory at the supreme court, Oba John Adetoyese Laoye the Timi of Ede land implemented the judgement by installing chief TA Dada as the Baale to superintend and protect Timi’s interest in the area.
Oba John Adetoyese Laoye 1946 to 1975/ also instructed one of his sons late prince J.S Lawal of Daudu Folarin’s compound Ede to erect a beautiful story building as a demarcation,the story building later became the then popular Ronke hotel owed by his first daughter,late Alhaja Ronke Lawal.
The community was initially called and known as Dada estate because of the first Baale who was installed by Oba John Adetoyese Laoye Timi of Ede land to prevent further encroachment by Ido Osun after the supreme court judgement.
After the demise of Baale T.A Dada,the Timi Oba Tijani Oladokun Oyewusi (Agbonran 2nd) installed chief Gabriel Olatunbosun Okubanjo as Baale of Olorunsogo on October 28th 1988. 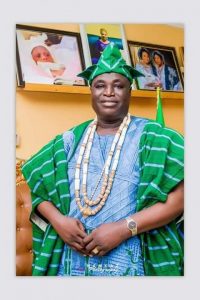 When Egbedore local government was carved out in 1989 from defunct Ede local government council,Olorunsogo community started to witness unprecedented development: Timi Oba Tijani Oladokun Oyewusi (Agbonran 2nd) was highly impressed with this rapid development and decided to change the nomenclature of Baale of Olorunsogo alongside with Sekona,Akoda and Alajue towns which all are in Ede land.

Timi has prerogative power to install whoever he wishes as either Baale or Oba in all part of Timi’s land.
The two previous Baale/Olu of Olorunsogo participated and featured prominently well in all the programs,traditions,festival and other social activities of Timi and also held allegiance to the Timi who installed the being the “prescribed authority”
The passing away of Oba Gabriel Olatunbosun Okubanjo in June 2013,makes his royal Majesty the Timi of Ede land Oba Munirudeen Adesola Lawal Laminisa 1 the Timi of Ede land to installed Engineer Kareem Olaniyi Akanji as the third Olu of Olorunsogo on Thursday 15th August 2013.
Therefore the installation of Oba AbdulKareem Olaniyi Akanji as the Olu of Olorunsogo like all traditional titles in Yoruba land is governed by the customary law and thus has traditional historical background which made the Timi of Ede as the prescribed authority of the land, the entire Egbedore local government inclusive.

The Osun state government was guided by section 22 of the chief’s law Cap 25 law of Osun state by proving the nomination of Oba Kareem Olaniyi Akanji as the Olu of Olorunsogo as recommended by the Timi of Ede land.

Though the authority of Timi was challenged as a result of inadequate or lack of knowledge of history and tradition coupled with the ignorant of the existence of the supreme court judgement and the unrighteous efforts of some ordinary house owners claiming the Olorunsogo chieftaincy in suit No HED/40/2016 came to naught in judgement given by the high court affirming the right of Timi over Olorunsogo chieftaincy.

The 3rd Olu of Olorunsogo who was installed in August 2016 and given instruments of office by the state of Osun government in July 12th 2018 passed to the great beyond on 17th of September 2019 after six years of reign.

May his soul rest in peace.