Former Governor of Lagos State and National leader of the All Progressives Congress, APC, Asiwaju Bola Tinubu on Tuesday revealed what the late Brigadier General Mobolaji Johnson told him when former President, Olusegun Obasanjo seized the statutory allocations of Lagos State some years ago. 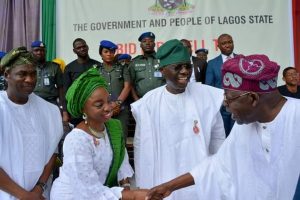 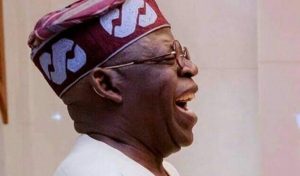 Despite the Supreme Court ordering the then president, Obasanjo to release the allocations, he never obeyed the court’s order until the late Umaru Yar’Adua released the seized allocations in 2007.

Speaking at the Day of Tributes for Mobolaji Johnson at the Onikan Stadium on Tuesday, Tinubu said his time with Johnson was at a critical period when Obasanjo confiscated the allocations of Lagos State.

He said Johnson told him then to ignore Obasanjo and focus on re-engineering Lagos State, which he did and that it paid off.

Tinubu said: “Johnson embarked on re-engineering and assembling the best cabinet to show transparency at that time. He showed courage and strong determination for the benefit of Lagos State. His retirement was sudden following the coup in 1975. He lived a life of great contentment.

“We bid farewell to a man of great integrity. My time with him was at a critical time when I was facing another general who seized the money of Lagos State. He said governor, ignore that man and re-engineer Lagos State. I wish him eternal rest.”

Bola Tinubu extolled the virtues of Johnson, describing him as a man of integrity.

He said Johnson was a true gentleman, a servant leader and a man of incorruptible character, saying that he never used his position to amass personal wealth.

“He did not compromise in his profession. He left a good legacy in public service. He laid a durable foundation for Lagos State. He served the people and made them the cornerstone of social and economic policies.

Kill my case and get my full support for your 2023 presidential ambition; Saraki begs Tinubu, send Ahmed to Bourdillon