We’ll greatly miss Oladoke for her fearlessness and incorruptibility in the Judiciary in Osun~ Says Oyetola.

We’ll greatly miss Oladoke for her fearlessness and incorruptibility in the Judiciary in Osun~ Says Oyetola. 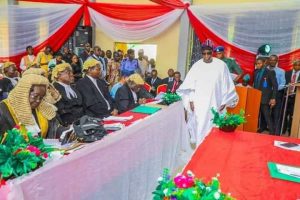 Governor, State of Osun Mr Gboyega Oyetola has described the President of Osun Customary Court of Appeal and former Acting Chief Judge of the State, Late Hon Justice Gloria Oladoke as a fire- brand minister in the temple of Justice. 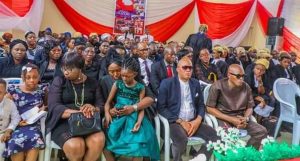 Mr Oyetola said the state will miss the deceased a lot for her fearlessness and incorruptibility in its judicial system who would spare no effort to give Justice to the deserved party either poor or rich.

Governor Gboyega Oyetola stated this on Thursday at a Special Valedictory Court Session in honour of the deceased which was presided over by the Chief Judge of the state Hon. Justice Adepele Ojo
held at the State High Court Osogbo. 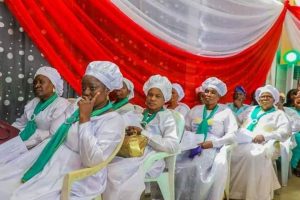 The Governor who addressed the special valedictory Court Session through his Deputy Mr Benedict Alabi said the best way to immortalise the late Hon. Justice Oladoke by the people of the state and members of the bench and law profession in particular is to always stand on the side of Justice and uphold the rule of law for a better Osun and Nigeria, saying that these are the tenets which the deceased lived and died for.

He stated that, although, Hon. Justice Oladoke is gone, her works shall stand as epitaphs as they will speak of the Justice received by persons who approached the temple of Justice.

Governor Oyetola said the professional and leadership skills and the competence of the deceased as President Customary Court of Appeal and Former Acting Chief Judge in the state testified to her illustrious contributions to the Bench and legal profession. 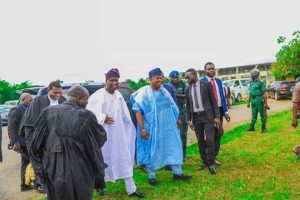 “The State of Osun has missed a fire-brand Minister in its Temple of Justice.

“Hon. Justice Gloria Oladoke’s works stand as epitaphs with us even as she is gone. They speak of the justice received by persons who approached the Temple of Justice when wronged. They speak loudly against injustice and persons who dared to indulge in self help or a rape of the law. They speak of her illustrious contributions to the Bench and the legal profession.

“They testify to her professional and leadership skills and competence as President, Customary Court of Appeal and Former Acting Chief Judge, State of Osun.

“They attest to her relational skills with her bosses and among her peers and subordinates as a Minister of the Temple of Justice”, Governor Oyetola stated.