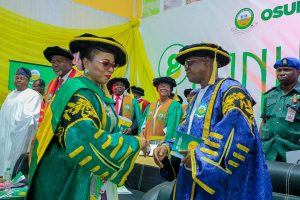 .Charges graduates to be good ambassadors

Osun State Governor, Adegboyega Oyetola, on Saturday, charged management of the state university and all stakeholders in the education sector, to ensure that incessant disruptions in the university calendar are done away with.

This is even as he said that the state government has so far demonstrated its commitment to rebuilding and repositioning education in the state, especially through improved funding of the sector. 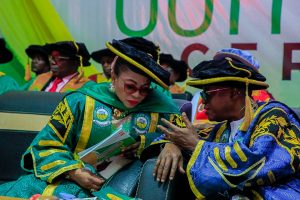 He said his government would continue to support and invest in education and use the sector as a template and bedrock to impact on the lives of the people and advance the economy of the state.

Oyetola, who is the Visitor to the Osun State University (Uniosun) spoke at the institution’s 8th convocation ceremonies.

He called for the overhauling of the nation’s education sector, particularly the tertiary education which according to him has the capacity to rescue the country out of her present socioeconomic predicaments. 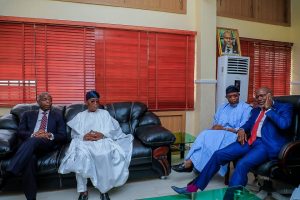 The governor, who harped on merit in the award of academic excellence and accolade, admonished ranks and files in the education sector on the need for them to pursue the lofty ideals of education that emphasise learning and character. 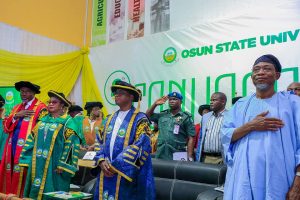 He further said: “As you are all aware, the certificates that you will receive from this university are awarded to you on the basis of character and learning. In the order of importance, character comes before learning. It is character that opened the door to knowledge and kept it open until you completed your courses and earned a degree. 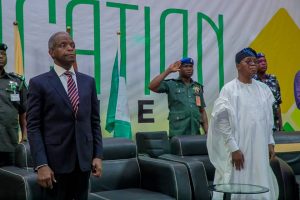 “The world is replete with persons of talents, but is looking for persons of character who are in short supply. I therefore enjoin you to be good ambassadors of the university and the state by displaying the highest level of character anywhere you find yourselves.

“Your university and the state of Osun are waiting for you to enter into the World Hall of Fame in your chosen endeavours. 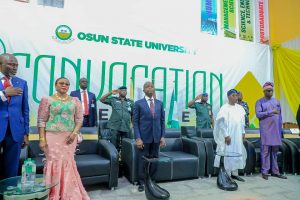 “Modern universities are cradles of knowledge for world order and sustainable development. I challenge the university to join the comity of global universities to adopt best practices in its operations. Let us resolve that never again will our university be part of unnecessary disruptions that rob the nation’s universities of their competitive edge in the global arena. 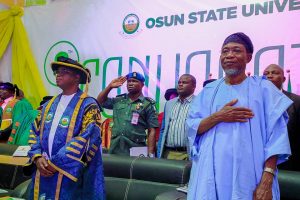 “The university should find the resolve to continue to be and remain a centre of excellence. It has all it takes to be the best State University in Nigeria and use the achievement as a ladder to emerge the nation’s and Africa’s best, “Oyetola added. 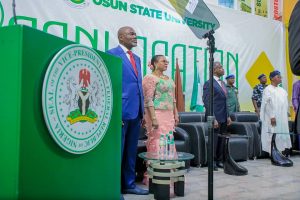 While congratulating the graduates, the governor tasked them to pursue things that could help to effect change and bring about positive impacts on the nation’s economy. 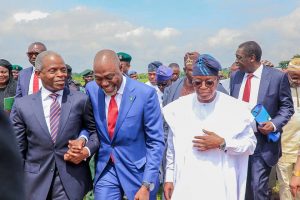 “I congratulate the graduands here today for the successful completion of their programmes and graduation. They are young men and women who have been baked in the best tradition of Uniosun and whose lives and accomplishments hold great promise for the state, Nigeria, and the world. 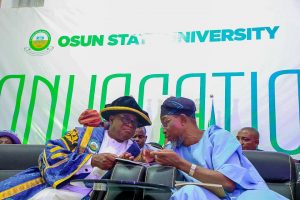 “I also congratulate their parents and guardians for their huge investment in their children and wards and for donating them to the world.

“Distinguished graduands, there is no gain-saying the fact that this is a great day for you as you have transited from the class of students to responsible persons who are ready to shape and transform the world. 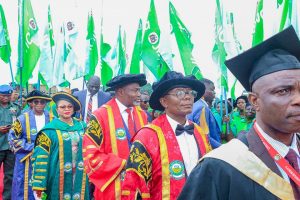 “Your university has imbued you with analytical skills, competencies, knowledge, attitude and character during your years of study. The world is waiting for you to employ all these to contribute to humanity and improve the society,” the governor added.