Ogbeni Abdul Rauf Adesoji Aregbesola as you are stepping out of government of the state of Osun today 27th of November 2018 after your eight uninterrupted years of successful administration in the state of Osun I wish you all the best which you indeed deserve in all ramifications.

To some unreasonable elements here in Osun and some other places you are a failure because you did not belong to their party but, to the progressive and lovers of development you are indeed epitome of good leadership and a great achiever.

You came to Osun the time the state was yearning for development even despite the meagre resources, you saw it and you are able to lift the face of Osun to the feet which nobody ever thought it could be possible in the next twenty years because of our financial status and you are able to achieved this because of your determination to succeed without listening to the side talk of your detractors.

Ogbeni you have built so many leaders within your eight years of administration in Osun among whom have been able to built some leaders as well just like our overall leader Jagaban Asiwaju Bola Ahmed Tinubu and this too is a great achievement although some of them are ingrates but majority are not glory be to God.

Ogbeni Aregbesola you are indeed an architect of this present state of Osun which everyone is proud of and you shall forever be remembered as the one who laid the solid foundation for the development of this state. 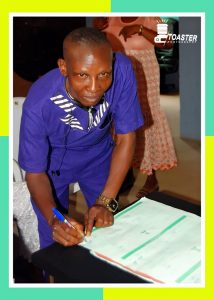 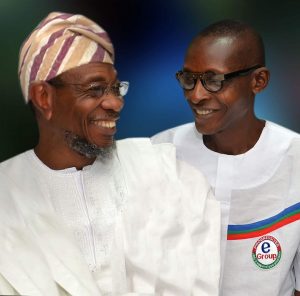