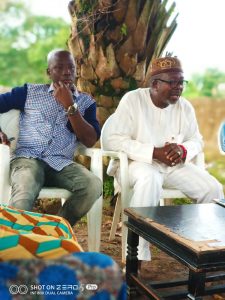 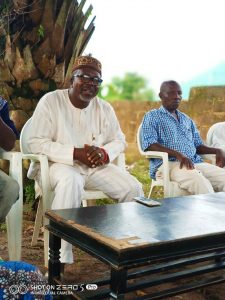 He made the promise today at his residence in Ara while playing host to women and youths in the town who paid him a solidarity visit.

He stated further that he has held series of meetings with those that matters in society on the way to assist his people in their areas of business, most especially the bank of industry and agric bank and has already secured their blessings on how they will come to Ara and borrow people money to establish their businesses and to boost those already with businesses by the way of giving them soft loan with little interest.

He charged his subjects especially the youths in the town to be more productive and embrace agriculture now that the country is diversifying from oil to agriculture. 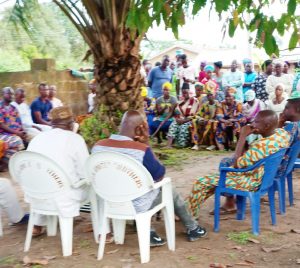 The youths while responding through their spokesperson thanked the monarch for his philanthropist gestures since he emerged as the new Alara of Ara, they appealed to him not to relent in all his efforts to move the town forward. 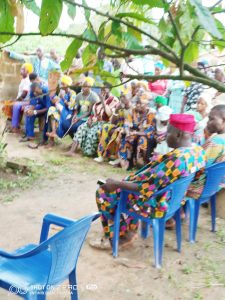 The women as well praised the monarch for the efforts he has been making since his emergence to move the town forward and they all promised their undiluted support and loyalty to the monarch. 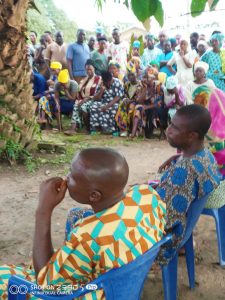 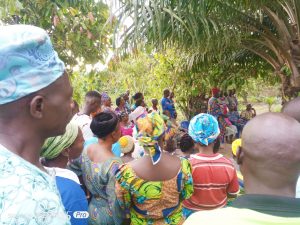 In conclusion the monarch asked all those that present at the gathering to register their names and address for the purpose of registration as cooperative society to enable them access the needed assistance from the agric bank he has already talked to about it, he also asked them to pass the message across to those that could not attend the gathering so that everyone can benefit from the program. 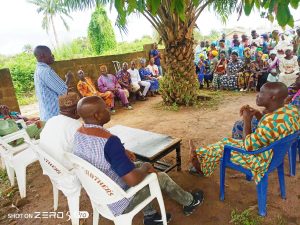 “Akol” A name that can not be pulled down by political detractors.