The State Governor, Mr Gboyega Oyetola has appealed to the staff of the State Specialist Hospital,Osogbo to deliver their services professionally and efficiently to assist the Government realise its objective in health care delivery to the masses.

Governor Oyetola made the appeal while flagging off the Remodeling of the State Specialist Hospital Asubiaro Osogbo.

He stressed that with the regular payment of salaries and promise to pay arrears,all workers particularly health staff should discharge their duties to the best of their conscience.

The Governor remarked that the remodelling of the General hospital to the status of a Specialist Hospital is in fulfilment of the promise he made when he visited the hospital a couple of weeks ago.

Mr Oyetola disclosed that his administration was partnering with development associations to explore more windows to get funds to propel the government’s policy on health.

The helmsman called on Corporate organisations to also partner with the State Government to build a healthy society noting that a healthy mind lives in a healthy body.

The rehabilitation program according to Mr Oyetola is holistic and will be helped with infusion of technology into the project. 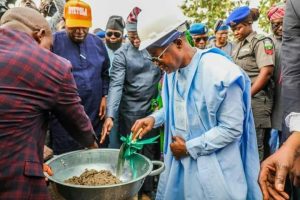 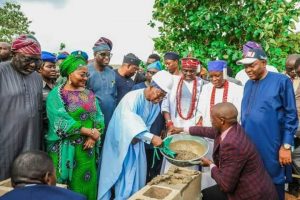 The Specialist Hospital when completed will have 180 bed ward with the construction of the new 120 bed ward and will incorporate services in departments such as Obstetrics and gynecology, General Surgery, Paediatrics, Physiotherapy and Dentistry among others.

The Governor thanked the Federal Government and the immediate past minister of health Professor Isaac Adewole for facilitating sourcing for fund for the project through the World Bank.