The Chairman, Osogbo South LCDA,Hon AbdulHakeem Olaoye, has been described as a focused and large hearted politician,one who is guided by the philosophy of Altruism. 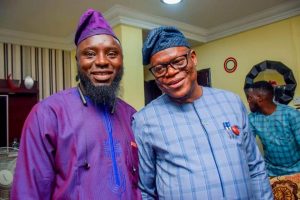 Senator Ajibola Basiru of Osun Central Senatorial District gave the description in a congratulatory message to Hon Olaoye as he is honoured at the Nigeria National Merit Award.

Hon AbdulHakeem Olaoye was nominated by Governor Gboyega Oyetola as the only Chairman who merits the award from Osun.

Senator Ajibola Basiru congratulated the honoree of the award which he described as a rare privilege meant only for those that could be described as Primus Inter Pares.

“Hakeem has always been a consistent politician,loyal to the party and respectful to elders.He has been able to combine religion with politics,without compromising one for the other,I rejoice with him.” 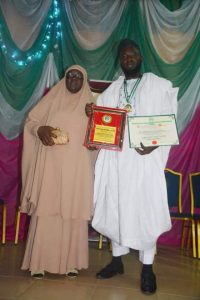 The tenure of Hon Olaoye, according to observers,has brought tremendous development to Osogbo South LCDA with grading of roads,provision of drinkable water and public toilets to residents.

Senator Basiru said it therefore should not be a surprise that the State has nominated him for the laurel.

The Chairman, Senate Committee on the Diaspora hopes the recipient of the National Award will not rest on his laurels in his political career. 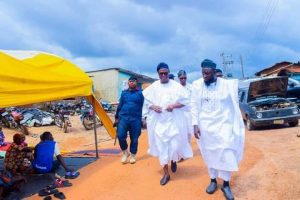