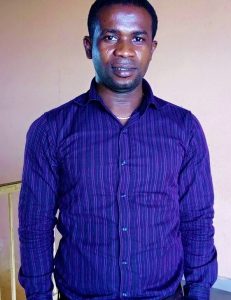 Senator Oriolowo has restored the happiness and hope of the market men and women of the Farida market, Dada Estate, osogbo on Monday 21st of October 2019 when he sent his PA, Mr Sikiru to give them the money required to install a transformer donated by Senator Mudasir Hussein in 2015 to this popular market. The market has been without power supply for three month now due to the breakdown of their transformer.

While I will praise Senator Aderele Oriolowo for the timely intervention on the 3 months light out in Farida market, Dada estate in osogbo, I also want to eulogise Hon. Qamardeen Adabanija Idowu
for his ceaseless effort and dogged fight put up which has seen the senator representing Osun west senatorial district granting the request of these market men and women.

It would be recalled that about a week ago Hon. Qamardeen Adabanija Idowu out of the love for his party couldn’t pretend that all was well in his senatorial district when he took to his Facebook page to draw the attention of senator Oriolowo to the problem that the electorate at farida market were going through after he exhausted everything at his disposals to make sure the light out in Farida market is restored by the senator.

Even though his post/update generated controversies from other party members who felt he was wrong and should have remain quiet when a building he jointly build in his territory was showing some signs of collapsing and some others praised him for doing the needful at such a time like this.

Demonstrating a party manship is not all about keeping quiet at all time but breaking silence when the need be. I want to at this juncture give kudos to Hon. Adabanija Qamardeen for his bravery to voice out and say the truth not minding the attacks from left and right.