SRJ Will Be In Ifelodun Local Government Tommorow

Senator (Dr.) Surajudeen Ajibola Basiru will be in Ikirun, the headquarters of Ifelodun Local Government tomorrow 16th of January, 2020 for the commissioning of his borehole project sunk @ Oja Oba, Ikirun 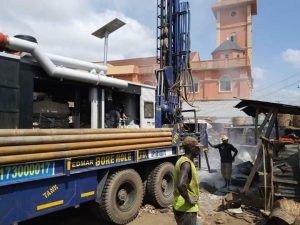 The programme will feature our party leaders, council chairmen, party supporters, market women among others

It will be recalled that the Distinguished Senator has made it known to the public in a press release that he was using what he has been able to raise from salaries and allowances to provide the boreholes. He also made it known that it was his personal intervention.”

I am Khalid Ibraheem O.

Supreme Court verdict on Imo governorship: Before you condemn the Apex court.