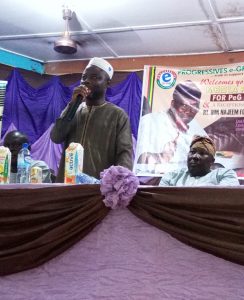 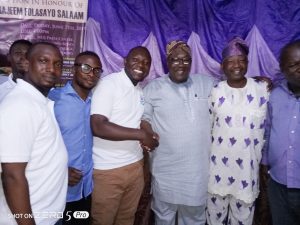 The legislature can be likened to catalyst of democracy growth which buds from the constitution of the federal republic of Nigeria(1999 as amended) in section 90,91 precisely where the existence of state house of assembly is provided for.

2. The legislative arm which by specification 5th and 6th Osun house of assembly belongs is interestingly viewed and described by NWABUEZE as the distinctive mark of a country’s sovereignty,the index of it status as a state and the source and the source of the much power exercised by the executives in the administration of the government. The sovereign power of the state is therefore identified in the organ that has power to make laws by legislation and to issues “commands” in the form of legislation binding on the community. 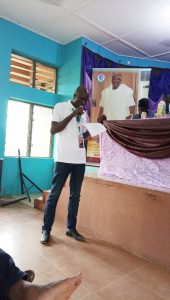 3. The essence of the state of Osun House of assembly, like the one in every other states and National assembly is to give to our democratic system a fundamental quality of separation of power. A quality that is inseparable from any democracy in the world,democracy for it be ideal,it must role on the principle of the rule of law and separation of power among the three great arms : legislature,Executive and the Judiciary. The three arms are products of constitution, they are apportioned with constitutional roles which adequately ensures check and balance in the governance to the extent that no arm usurps the constitutional power of another.

4. The shrewdly invented political doctrine of separation of power was developed by the MONTESQUIEU while he mounts his golden idea on a concept LOCKE had earlier launched. In MONTESQUIEU words,he wrote:

“It may be too great a temptation to human frailty,apt to grab at power,for the same person who have the power of making laws to have also in their hands the power to execute them,whereby they made and suit the law,both in the making and execution,to their own private advantage”

5. The famous political thinker MONTESQUIEU,when he was extending his view along the LOCKE discovery,he strongly opined that the preservation of political liberty and prevention of oppression and abuse must be sustained in modern society that the rout to such status is the separation of power; he expresses the idea as follows👇
Political liberty is to be found only when there is abuse of power. But constant experience shows us that every man invested with power is liable to abuse it and carry his authority as far it will go.
To prevent this abuse,it is necessary from the nature of things that one power should be a check on another.. When the legislature and executive are united in the same person or body there can be no liberty.
Again there is no liberty if the Judiciary power is not separated from the legislature and executive. There will be an end of everything if the same person or body,whether of the nobles or the people were to exercise all the three powers.

6. Therefore having reviewed the social and political source of the rationale behind our DEMOCRACY and separation of power, we now understand why it is provided for in the constitution of the federal republic of Nigeria (1999 as amended) section 90 “There shall be a house of assembly for each of the state of the federation: I hold a strong opinion to the effect that one formula that will mould an independent and self working consistent and continuous system of governance is the doctrine of separation of power which remains the reason for the subject matter in this assemblage of of words.

7. The CONSTITUTION that established the state house of assembly highlighted its roles without any ambiguity and they are stated in the language of the construction.

(1) Power of law making.
(2) Power and control over public fund.
(3) Power to conduct investigation.
(4) Power as to matter of evidence.

POWER AND CONTROL OVER PUBLIC FUND.

11. The power to conduct investigation in to the arena or sphere or person or organization it has power to make law. The power is to be initiated by resolution which will be published in it journal or official Gazette of the state government.
The golden essence of such function is to strengthen,to catalyzed and to boast the law making exercise of the body saddled with such duty,that is the gang of law in section 128 (2) (a) and (b).

12. Interestingly affairs of the state which the law enacted by the state house of assembly guides can be examined ,unveiled and can be investigated or caused to be investigated by the state house of assembly in order to know have nitty gritty of the enacted laws,it affect it impediment and how to boost the effect of legislation. Beautifully in the process,corruption, inefficiency and the waste in the process of the administration of the law can be exposed by the legislature.

POWER AS TO MAKE EVIDENCE.

13. We also considered another power of the state house of assembly provided for in section 129 of the constitution of the federal republic of Nigeria 1999 as amended. On matters it chooses to investigate,legislature is empowered by the law to explore and source for evert available evidence required getting to the root of the subject matter. It as well enjoys the the constitutional power to summons or compel where necessary the attendance of any person from who evidence can be sourced.

14. The 5th and 6th state of Osun house of assembly elected Dr Najeem Folasayo Salam as the speaker on 2nd of June 2011.the development marks the beginning of the journey to one of the most effective and balanced LEGISLATURE among the previous phrases the state of Osun house of assembly between 2011-2015 promulgated 32 bills,42 resolutions and conducted 4 public hearings

15. The state of Osun house of assembly reelected him as its speaker again in June 2015,a development that was applauded by the good people of the state of Osun. During his first and second tenure as the speaker he spearheaded a legislature that performed efficiently in legislative duties as stipulated by law.

The core of legacy that any legislature needs to learn from is the 5th and 6th house of assembly in the state of Osun, is it ensuring a Democratic lubricated relationship with the other arms of government. That feature ensured peace ,stability and rapid infrastructural development in the state of Osun.

In my opinion the governance is a similitude of a sophisticated machinery set up to drive the humanity to the highest level of social economic and political level.