Popular Posts
BREAST SUCKING; IS BENEFICIAL FOR ADULTS.
BANIK greets Muslims at Ramadan.
The History of Ede town,the home of Timi...
LIST OF THE NEWLY ELECTED HONOURABLE MEMBERS OF...
Gists 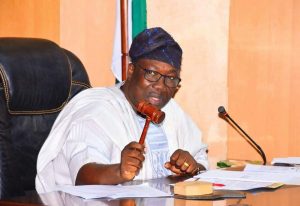 The foremost Politician in the State of Osun, Dr (Rt. Hon) Najeem Folasayo Salaam has said sacrifice for the evolution of better society should be topmost in the heart of all men and women.

Dr Salaam, the immediate past Speaker, State of Osun House of Assembly felicitated with Islamic leaders and faithful in the state over the festivity of Eid el Kabir, saying the lesson in sacrifice espoused by Prophet Ibrahim is worth taken.

Eid-l-Kabir; Progressives e-Group celebrates with Muslim Faithful, implores Nigerians to love One another for peace to reign.