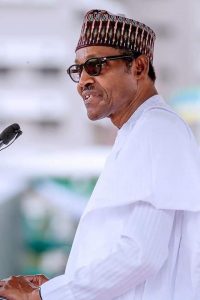 Buhari tendered the certificate, alongside a group photograph he took with his classmates at Provisional Secondary School Katsina State, in 1961, through his team of lawyers led by Chief Wole Olanipekun, SAN.

He is praying the tribunal to dismiss the petition the Peoples Democratic Party and its candidate, Atiku Abubakar, filed to challenge his declaration as winner of the February 23 presidential election.

The petitioners had among other things, maintained that he does not possess the requisite educational qualifications.

The tribunal had on Monday, directed Buhari to open his defence to the petition.

At the resumed proceeding, Olanipekun, SAN, said his client would tender two schedules of documents from the Bar.

The first set of documents which he said was served on all the parties, contained 16 Certified True Copies of some Newspaper publications and a document titled APC Roadmap To A New Nigeria.

Shortly after the Justice Mohammed Garba-led five-member panel tribunal admitted the first documents in evidence and marked them as Exhibits R1-18, Olanipekun tendered the certificate.

Others were the collection receipt for the result, CTC of confidential result sheet of University of Cambridge West African School Certificate, 1961, for Provincial Secondary School Katsina which showed Buhari with his classmates.

Group Photographs of Form 6 students of his set in school, as well as printout of online news publication of January 22, 2015, with respect to the set.

Olanipekun also tendered Certificate of compliance for the documents as prescribed in section 24 of Evidence Act, and a letter of commendation from a Commandant of the US Army to General Akin Ade in June 13, 1980, concerning President Buhari.

Whereas he described the first set of documents as “very strange”, Uzoukwu said he would subsequently adduce reasons why the Buhari’s certificate which he said was never pleaded nor listed by the 2nd Respondent, lacked probative value.