PHOTONEWS: The Dairy of a Special Adviser on Public Health.

#PHOTONEWS: The Dairy of a Special Adviser on Public Health. 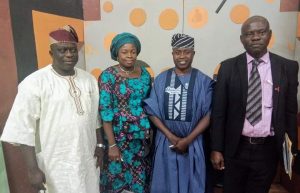 The Special Adviser to Governor Adegboyega Oyetola on Public Health, Dr. (Pharm.) Olasiji Olamiju popularly known as AKOL is a man determined to push through the development agenda of this government.

This desire to leave a mark on the sands of time has been the driving force that has made this hard worker resume to his office immediately after his inauguration. 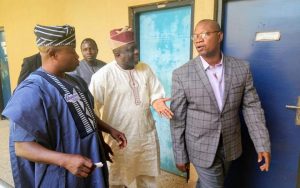 Driven only by an unquenchable passion to make every citizen of the state healthy, this man barely takes a break on the job – this he has been doing, even while in the private sector.

We looked at what a typical day around him looks like. 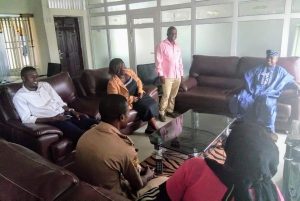 11:48am
Back in his office, his doors remaind opened for every visitors. From Alhaji Sule Aderemi to the former Commissioner for Special Duties, Honourable Mudasiru Toogun to the Management and staffs of Mutual Benefits Life Assurance Plc to the ILERIOLUWA Social media group led by their coordinator, Popoola Utility to High Chief ‘Dare Ajimotokin, the Aro of Erin-Ijesa to the Esa-Oke Indigenes in various ministries led by Mrs Ajayi Kehinde. 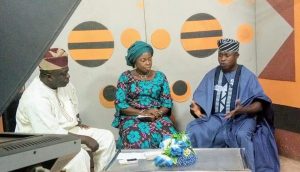 They gave their different advices and pray God should grant the Special Adviser on Public Health the wisdom to deliver on Mr Governor’s Development agenda.

While speaking, he described the late Justice as a jurist of no mean repute who contributed to the development of legal profession and the administration of justice in the state. 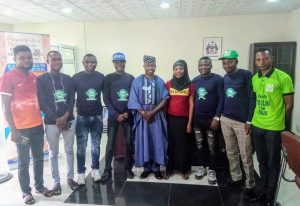 “Her death is a huge and irreplaceable loss to the legal profession both in the State and Nigeria at large. I pray for a peaceful repose of her soul and I pray God to give all of us the courage and fortitude to bear this irreplaceable loss”, he concluded.

The story of General Oladipo Diya.

Nigeria and Africa Development Indicator Monitoring (NADIM) presents the honorable minister of interior Ogbeni Rauf Aregbesola the awards of over all best performing governor in Nigeria.