A member of the Osun Medical Infrastructure and PHC Monitoring Committee, Samson Owoyokun has reiterated that the government of the State of Osun under our indefatigable Governor, Gboyega Oyetola is masses friendly. 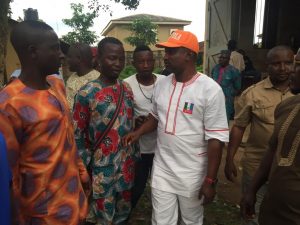 Owoyokun, who is also the director of Administration & Logistics of Ilerioluwa Campaign Organization said this at the Weekly Ward meeting of Ward 5, Ilesa West local government said the last ten months of Ilerioluwa prodigy as state helmsman has witnessed tremendous policies which are targeted towards alleviating the sufferings of the common man and woman in the villages, towns and cities of the state. “From the rehabilitation of township roads, revitalization of 332 PHCS, employment of O – Meal vendors, Light Up Osun project, prompt payment of salaries etc”, he highlighted. 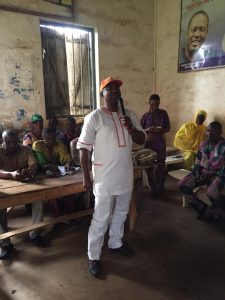 At today’s meeting, Owoyokun said he is following the footsteps of his Leader, Engr. Remi Omowaiye, he then gave financial intervention grants to loyal and committed APC members who are petty traders in the ward to buffer their businesses, he also donated bags of rice as stomach Infrastructure to party faithful with a promise to continually keep in touch so as to make the party more stronger. 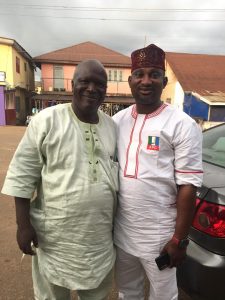 Earlier in their various speeches, the ward Chairman, Hon. Olamilekan Omoola, Hon. Abiodun Fasogbon and the Leader of the House in Ilesa West LG, Hon. Segun Olabode eulogized the young and vibrant Owoyokun for various assistance he has been rendering to the ward at different times. Owoyokun later solicited for prayers and cooperation towards the success of the APC Gboyega Oyetola led administration in the state. 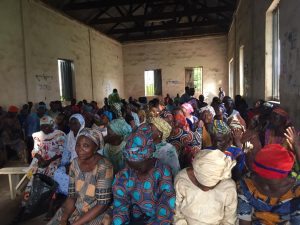