The Osun State Governor, Adegboyega Oyetola has said that his administration will continue to provide an enabling environment for the three arms of government to operate and function efficiently, effectively and productively. 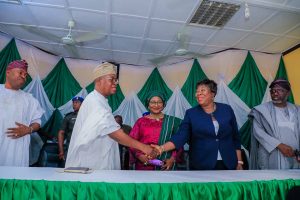 The Governor made this known on Friday when he swore in four new justices of the State High Court at the Multi-Purpose Hall, Local Government Service Commission, Government Secretariat, Osogbo.

Governor Oyetola described the judiciary as sine qua non to socioeconomic, political and democratic sustainability of any society, saying the present administration would leave no stone unturned to ensure the independence of the judiciary. 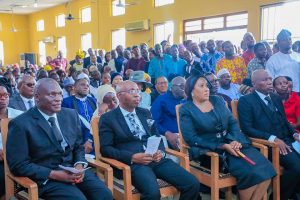 Oyetola said: “Judiciary is an important arm of government. It is the last hope of the common man and the face of the presence of the Rule of Law in a polity. It is our hope that with this appointments, the interest of justice will be better served in the state. 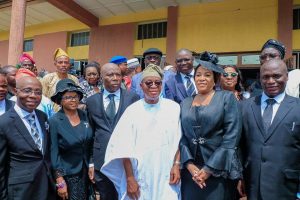 “Our administration will continue to offer improved welfare package to the Judiciary and give it an enabling environment to discharge its services with unblemished integrity.”

The governor acknowledged the unflinching support that the state has been receiving from the other two arms of government, saying specifically that “our state had enjoined high level of uncompromising support and relationship from the judiciary”. 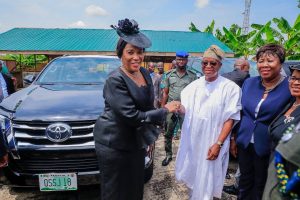 He said, “Coming 24 hours after the inauguration of the cabinet, this swearing-in ceremony is a testament to the readiness of our administration to fortify and give an enabling environment to the three arms of government to offer efficient services that will deliver our Development Agenda without compromising their individual responsibilities. 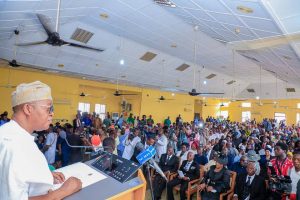 “Indeed, the Judiciary is our ally in our resolve to uplift our state and offer qualitative and equitable service to the people. I thank them for their services to the state and people.

“I urge you to continue to uphold the tenets and ethics of impartiality, equity, independence and incorruptibility, which are the hallmark of the bench and the legal profession. I thank the Chief Judge for providing the right leadership to the Judiciary of the state of Osun.

“As a government, we hold the judiciary in high esteem and we have enjoyed a high level of uncompromising support and relationship from the judiciary.

Speaking on behalf of the appointees, Justice Mathias Olusegun Agboola, lauded Governor Oyetola for counting them worthy to further serve the people of the state at a higher position.

He assured of their readiness to contribute their quota to the advancement of the state and the administration of justice.

“You have opened another chapter in the book of history by elevating us to the bench today. We would remain conscious that every decision we make is history. We have been warned that we would lose many of our friends in the process, ” Justice Agboola added. 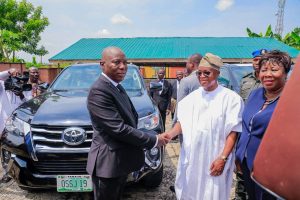