Osun Governor Adegboyega Oyetola has said his government is committed to improving the quality of health care that would have direct bearing on the health status of the people of the state. 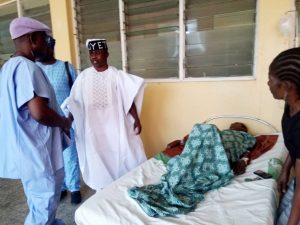 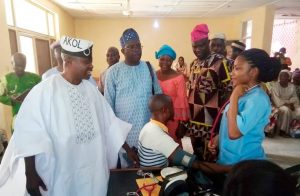 Oyetola, who was represented by his Special Adviser on Public Health, Pharmacist Olasiji Olamiju, noted that health of the citizens of the State is of paramount importance to his administration, adding, it is only when the citizens are healthy that they can contribute meaningfully to the collective development of the State.

According to him, “the health of every citizenry is of utmost importance to this administration, which is why the state government embarked on an aggressive rehabilitation, renovation and revitalization of the 332 Primary Healthcare centres across the state, which also included the nine State Hospitals, as a demonstration of its commitment to reform the health sector of the State.” 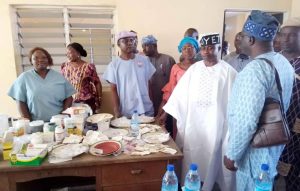 He explained further, that the construction of a 120-bed ward and 30 units of doctors’ quarters within the premises of the State Specialist Hospital, Osogbo is ongoing, alongside sinking of motorized boreholes in each of the 332 Primary Healthcare facilities. 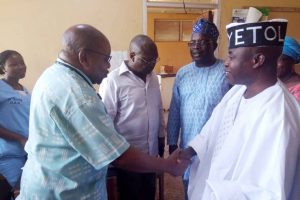 The lead surgeon, Dr Abayomi Odubela who is a Diplomate, American Board of Internal medicine disclosed that, “about 1,500 patients have been attended to, while a total of 46 surgeries have been performed in five days.”

“We Nigerians in diaspora have decided to lead by action and in doing that, we have to show people, including the government that this could be done. It doesn’t take much, it only takes determination, sincerity and commitment and that is why we are doing this”, Odubela lamented.

He however commended efforts of the governor in the area of primary healthcare delivery system, saying, “it is the only way to cut down on the patient that will need tertiary facilities and this will help to prevent medical tourism that is draining our resources”, he concluded.

Also, the Head of the medical mission, who is at the same time a son of the community, Dr Clement Saseun in his own remark stated that, the medical outreach started as far back 2014 and it is purely to give back to the community.

“We did it earlier in 2014 and it is out of our sincere desire to give back to the community we grew up in. We planned it to coincide with the Imesi-Ile day just to make the anniversary rich.” He added.