OYETOLA RESTATE COMMITMENT TO INCLUSIVE PARTICIPATORY GOVERNANCEOLUWAMAYOWA A. FAGBOHUNGBEOFFICE OF THE GOVERNOR OF OSUN

OLUWAMAYOWA A. FAGBOHUNGBE
OFFICE OF THE GOVERNOR OF OSUN

Governor, State of Osun, Mr. Gboyega Oyetola has restated his profound commitment to inclusive participatory governance, stressing that his doors are always opened to as many ideas as possible which can be of immense benefit to his administration and the state at large. 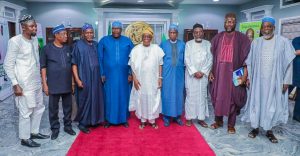 Governor Oyetola stated this in Osogbo while playing host to the Board of Trustees of Trust Alliance Foundation for Change (TAFC), a non governmental organization which has community and youth development as its objective, in his office. 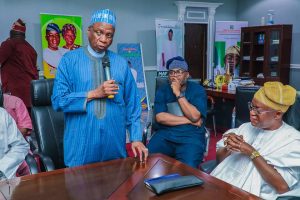 The Governor told his visitors that his administration has since set machinery in motion upon assumption of duty, stating that the first step he took was to embark on a week trip to Abuja where he met all relevant stakeholders, some of those were; the Central Bank of Nigeria’s Governor, Ministers of Solid Minerals, Power, Works, Housing and Agriculture, the products of which he maintained will be of immense advantage to the Land of Virtue. 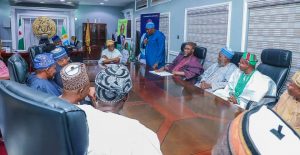 Mr. Oyetola told the Board of Trustees and generality of members of Trust Alliance Foundation for Change that more than ever, the nation need forums like TAFC to promote peaceful co-existence and mutual understanding among the multiplicity of religious, tribal and political groups in the country which he affirmed the membership of TAFC strongly exhibit. 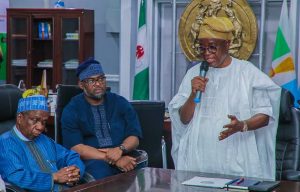 The Governor who stated that It is only through continuous dialogue and engagement that menaces of ethnocentric chauvinism, religious bigotry and political intolerance can be nipped in the bud, commended TAFC leaders and members for their community and youth development approach which he maintained is highly applaudable, adding that the fact that the organization is crossing religious, political and ethnic boundaries in your engagement is unprecedented. 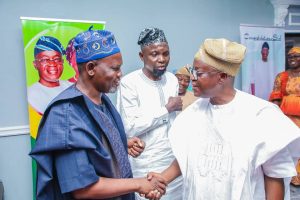 Speaking earlier, Chairman of the Board of Trustees for the organisation, Alhaji Yayale Ahmed said the aim of the group was to enlighten citizens of the country on the need to love one another, love the country and identify with good governance. 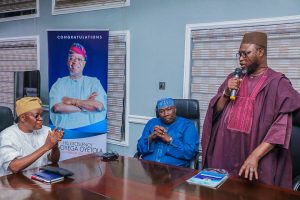 The one time Head of Service of the Federation said the group had identified Governor Gboyega Oyetola as a thoroughbred professional whose penchant to serve the good people of Osun is phenomenal, stressing that TAFC would continue to support him and his administration. 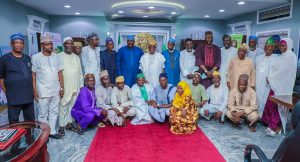 In his remarks at the programme, the Speaker, State of Osun House of Assembly, Rt. Hon. Najeem Salaam told the Governor that the organization was in the state for a meeting and felt it was apposite to check on the state helmsman before going ahead with its activity by way of protocols.

Dr. Salaam who is a member of the Board of Patrons of TAFC appreciated Governor Oyetola for opening his door to host the visitors even at a short notice. 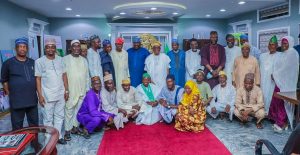 Present at the meeting were the Deputy Chief of Staff to the Governor, Mr. Adeyanju Abdullahi Binuyo, the Supervisor for Works, Engr. Remi Omowaiye and the Chairman of the Nigerian Union of Journalists, Osun Council, Comrade Kehinde Ayantunji.

OYETOLA RESTATE COMMITMENT TO SERVICE DELIVERYOLUWAMAYOWA A. FAGBOHUNGBEOFFICE OF THE GOVERNOR OF OSUN.

CAN’S demands on National assembly leadership NSCIA responds to their shameless demands. Here is the response and it makes a good read!!!