Popular Posts
BREAST SUCKING; IS BENEFICIAL FOR ADULTS.
BANIK greets Muslims at Ramadan.
The History of Ede town,the home of Timi...
LIST OF THE NEWLY ELECTED HONOURABLE MEMBERS OF...
Gists

Oyetola Inaugurates Committee on Antimicrobial Resistance…cautions against the use of antibiotic drugs.

… cautions against abuse of antibiotic drugs 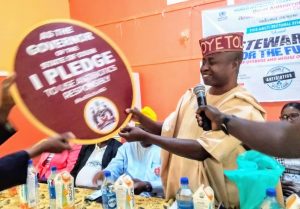 Osun State Governor, Adegboyega Oyetola, has charged all stakeholders in the health sector to rise up and join the global struggle to combat the misuse of antibiotics among the citizenry.

The governor gave the charge in Osogbo at the inauguration ceremony of Osun Antimicrobial Resistance Action Committee and multisectoral symposium with the theme, ‘Stewards for the Future: Stop Overuse and Misuse of Antibiotics’. 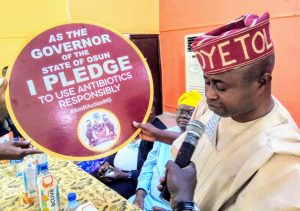 The governor who was represented by his Special Adviser on Public Health, Pharmacist Olasiji Olamiju said antimicrobial resistance is a serious public health challenge that requires joint effort to combat, adding that the state cannot afford to be static when the whole world has gone dynamic, concerning the menace.

Oyetola stated that his care for the good health of all osun people is second to none as this was what prompted the government to embark on revitalisation and refurbishment of 332 public health centres across the state with the belief that a healthy soul is a wealthy soul. 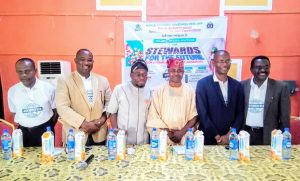 He specifically tasked professionals in the health sector, to be more proactive and be abreast with the current trend at reducing the misuse of antibiotics in the discharge of their duties by stepping up enlightenment and awareness campaigns.

He then pledged the government’s unalloyed support to the committee in their effort to reduce the menace, adding that they will be called upon every 3 months to render accounts of their stewardship.

Also speaking at the event, the Commissioner for Health, Dr. Rafiu Isamotu, enjoined people not to use any antibiotics without getting doctor’s prescription no matter how highly placed they might be.

He urged the students present at the symposium who were randomly picked from schools across the state to educate their parents on the dangers of engaging in self-medication and misuse of antibiotics.

Lending his voice at the event, the Executive Secretary, Osun Health Insurance Scheme (O’HIS), who doubles as the secretary of the newly inaugurated committee said his agency is doing its best to address poverty among the people.

He said O’HIS came into being specifically to ensure that people get adequate health care without taking money from their pockets.