Popular Posts
The Biography of the Alaafin Oyo his imperial...
Disprove World Bank —- APC Challenges PDP
The biography of Hon Kola Salami,chairmanship aspirant in...
Good character is a virtue according to a...
THE HISTORY OF OSHODI; STORY OF YORUBAS.
Gists

The Governor of the State of Osun, Gboyega Oyetola will on Tuesday September 1st 2020 flag off the total reconstruction of the 13.15km Ada – Igbajo township road. 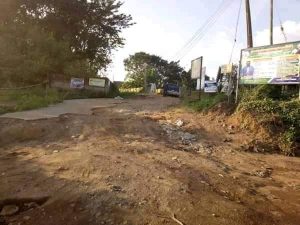 According to the statement released by the state’s Commissioner for Works and Transport, Engr. Oluremi Omowaiye, the flag off will hold at the Ija Oke roundabout in Igbajo by 12noon. The road reconstruction awarded to Peculiar Ultimate Concerns Limited for N1,579,734,774 through Alternative Project Funding Approach is due for completion by the end of the year .

The linkage road between Ada and Igbajo was first constructed by Chief Obafemi Awolowo in the mid fifties as Premier of Western region of Nigeria but reconstructed in 1987/88 by the military government of the then oyo state government.

The biography of Hon Kola Salami,chairmanship aspirant in Ede South local government area of the state of Osun.

Agriculture to receive boost in Osun as senator...

Tinubu returns to Nigeria after knee surgery in...

TOP congratulates Aregbesola On Yoruba Personality of the...

Former SSG, Adeoti felicitates with Oyetola on his...