The Governor, The State of Osun, Mr. Adegboyega Oyetola, has described the tenure of the immediate past Oyo State Governor, Senator Abiola Ajimobi, as one that brought about reform and vision to governance in the state. 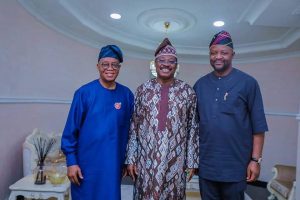 He further said that Ajimobi embarked on unprecedented infrastructure development in the states and redefined the urban status and development profile of Ibadan and other major cities in the state.

Oyetola made these known in a statement signed by his Chief Press Secretary, Ismail Omipidan, to congratulate the former governor on the occasion of his 70th birthday anniversary. 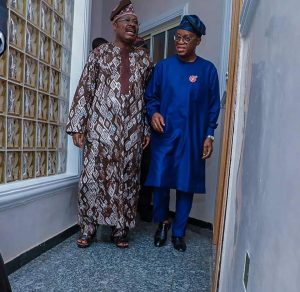 The governor, who personally visited Senator Ajimobi in his Ibadan home on Sunday, ahead of the anniversary on Monday, also noted that the former governor left the governorship of Oyo as an achiever and the first ever to be reelected for a second term, thereby breaking the 32year old jinx in the political history of the state. 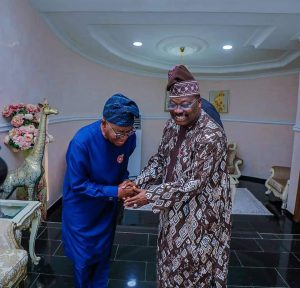 “On behalf of the Government and the People of the State of Osun, I felicitate with our brother, the immediate past Governor of Oyo State, Senator Abiola Ajimobi, on the occasion of his 70th birthday anniversary. 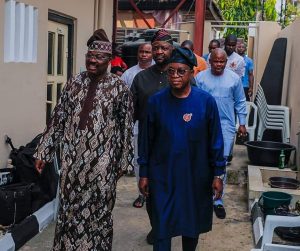 “I wish you good health and many more years of service to the people of Oyo State and Nigeria as you join the world’s Septuagenarian League today. Happy Birthday to you, sir, ” Oyetola added. 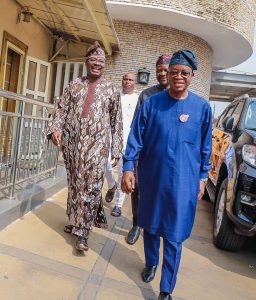