Governor Adegboyega Oyetola of the State of Osun, on Saturday, condoled with Alhaji Ajadi Badmus and Alhaji Khamis Olatunde Badmus, over the death of their mother, Alhaja Munirat Badmus, who died Friday night. 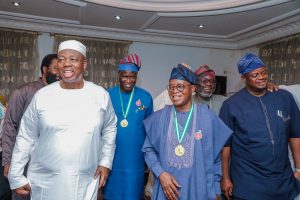 Prominent among the children and grand children of the late Alhaja Munirat are: Alhaji Ajadi Badmus, a retired technocrat and former President of the Osogbo Progressive Union, OPU; Alhaji Khamis Olatunde Badmus, an Industrialist and Bussinessman, who is also the Asiwaju Musulumi of Yorubaland Edo & Delta States; and Engineer Lekan Badmus, a serving Commissioner for Regional Integration and Special Duties in the state, who is one of the many grand children. 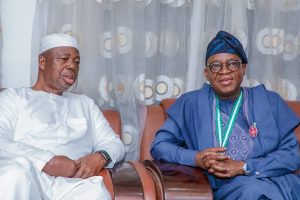 The governor described the death of the late Alhaja Munirat as a great loss not only to the Badmus family, but to the state, and the Muslim community in Osogbo.

Oyetola, in a statement by his Chief Press Secretary, Ismail Omipidan, further described her as a devout Muslim, who devoted her life to productive ventures and showed the children the path to success. 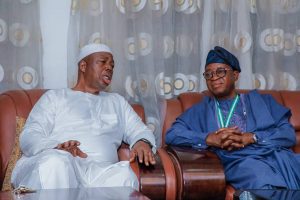 “I received with great shock the passing of your mother, the late Alhaja Munirat, who died yesterday. Although she was aged, the death of a beloved one is usually devastating, no matter how old the person may be.

“Her death is no doubt a heavy loss to the family and the entire Muslim community.

“But we should be consoled by the fact that Mama lived an exemplary life worthy of emulation. 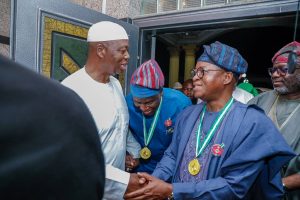 “My deep condolences go to the entire family as well as the Muslim community in Osogbo.

“Allah will comfort you, your other siblings, your children, and the Muslim community in our dear state. 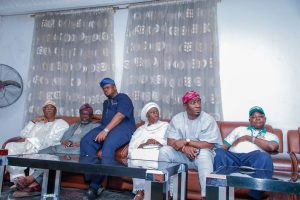 “I pray Allah to grant her Aljanat Firdaus and may Allah give you, your siblings, your children, grand children and the entire Muslim community in Osogbo the strength and fortitude to bear this irreplaceable loss,” Oyetola added. 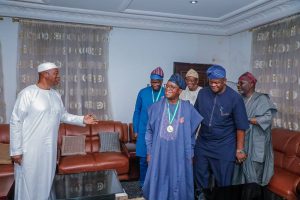 Oyetola Inaugurates Committee on Antimicrobial Resistance…cautions against the use of antibiotic drugs.