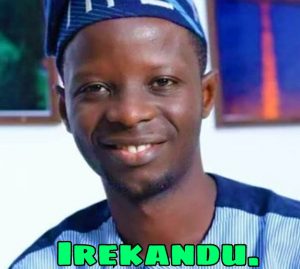 The Inspector General of Police has been asked to investigate and prosecute the Osun State House of Assembly member representing Obokun State Constituency, Adeyemi Adewumi over alleged perjury before the Court of Appeal, Akure.

In a petition against the lawmaker, signed by one Oyinola Ajayi of the Ajibola Basiru and Co, and delivered at the IG’s office in Abuja on Friday, copies of which were forwarded to the office of the Assistant Inspector General of Police, Zone 11, Osogbo, Osun State Commissioner of Police and the Director, Department of State Security Service, the lawmaker was alleged to have lied under oath.

It would be recalled that the Court of Appeal in Akure had last week fined the lawmaker N100,000 for presenting a purported Record of Proceeding of the state election petition tribunal, which was alleged to be fake during the hearing of his appeal against the judgment of the Osun election tribunal which nullified his election.

Tracing the genesis at a press briefing in Osogbo on Saturday, Barrister Kolapo Alimi, one of the counsel to the All Progressives Congress and its House of Assembly candidate in Obokun State Constituency, Olatunbosun Oyintiloye said, Adewumi lied under oath by swearing to affidavit to complement a fraudulently generated document and presented same as authentic.

Quoting from the petition, Alimi said, “Our client was the candidate of the APC House of Assembly Election for Obokun Constituency of Osun State which was conducted by the Independent National Electoral Commission (INEe) on the 9th day of March, 2019. Upon the declaration of the result on the 9th day of March, 2019 in which Mr. Adewunmi Adeyemi of the Peoples Democratic Party (PDP) was declared the winner, our client instituted a petition before the election tribunal to challenge the result of the election.

“At the conclusion of the Petition, the Tribunal delivered its judgment on the 2nd day of September, 2019 where it was ordered that re-run election be held in four Polling Units. Dissatisfied with the decision of the tribunal, Mr. Adewunmi and the PDP appealed to the Court of Appeal, Akure, Ondo State.

“On the 8th of October, 2019, the appeal came up for the first time. While in Court on this fateful day, a process titled “Supplementary Record of Appeal” was served on us on behalf of Mr. Adewunmi and the PDP. After perusing the record, it was discovered that there were discrepancies in it which were inconsistent with the contents of the original “Record of Appeal” compiled and transmitted by the Secretary of the lower Tribunal (Mr. Aliyu Ahmad) to the Court of Appeal.

“In response to the Motion to strike out the “Supplementary Record” Mr. Adewunmi deposed to a 22 paragraph Counter-Affidavit where he expressly deposed that “I KNOW AS A FACT” that the Chairman of the tribunal presided over the petition alone.

“Upon the receipt of the application, the Chairman of the tribunal, deposed to a 4 paragraph Affidavit where he expressly stated that at no time did he sit alone over the Petition from the beginning to the end of the case. He even attached his record of proceedings as an Exhibit to the Affidavit.

“We hasten to state that it is evidently clear that the Record of Appeal compiled and transmitted by the Secretary of the lower tribunal and the Record of Proceedings attached to the affidavit deposed to by the chairman of the lower are of the same contents.

“The question that begs for answer is “how did he know as a fact that the Chairman of the trial tribunal sat alone on the above listed days?” Yet, he swore to an oath that only the Tribunal Chairman sat on the aforementioned dates.

Alimi stressed that the above cited sections of the Criminal Code show that Perjury is a grave crime, saying it was clearly seen in the record of proceedings of the lower tribunal that the statements made by Adewunmi in his affidavit constitute perjury, demanding the investigation and prosecution of the PDP lawmaker at the appropriate court of law.