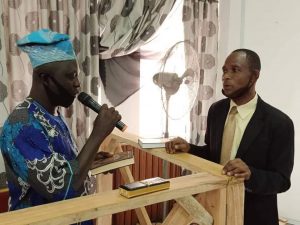 As Osun Judicial Panel of Inquiry on Police Brutality Human Rights Violations and Related Extra Judicial Killings resumed sitting on Saturday, three of the petitioners have appealed to it to prevail on the Government and the Nigeria Police Force to award them N125million compensation for the gruesome killing of one Mr. Rafiu Ajani.

The petitioners have approached the panel to seek compensation on account of different forms of brutality meted out to them by the overzealous police officers on 17th February, 2001.

According to them, the incident occurred at Obeira police check point, Okene area of Kogi State, where three armed police officers gruesomely killed eight out of 10 occupants in the vehicle. 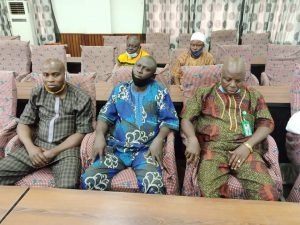 Narrating the ordeal while being led in evidence by his counsel on how he narrowly escaped death, one of the petitioners, Mr. Sulaimon Badmus, said he escaped when the officers ran after one of the victims that wanted to run away.

He said the three fully armed police officers killed eight out 10 passengers in the vehicle that conveyed him on the fateful day.

The petitioner said the erring police officers were met at the check point along Okene road, and were allowed to check the vehicle after which they started grumbling because of the cash they saw in the vehicle.

“On that fateful day, I chartered a bus from Osogbo to Benue, but the driver took another eight passengers along the way who were going to Katsina State to buy rams because it was during Salah festival.

“But when we got to Obeira, Okene axis of Kogi State, we met three fully-armed police officers on our way. The driver stopped and they accosted us, but when the officers saw huge amount of money in our possession to purchase rams, they started misbehaving and asked us to follow them. 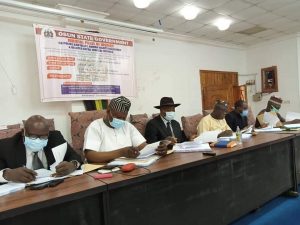 “They poured petrol on us with an intention to set us ablaze. But when they ran after one of us that attempted to run, it was in that instance that I struggled to escape with one other passenger. Unfortunately, the remaining passengers were burnt to death, including the driver.

“When the matter was reported in the news and the police started the investigation, then I showed up to follow up the matter and gave evidence. I assisted the police to arrest the three officers and they were charged to court. 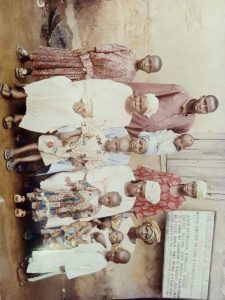 “The case was taken to Lokoja High Court where the three erring officers were sentenced to death by hanging.

“Although I didn’t follow up the matter, I later learnt that the officers went to Court of Appeal and Supreme courts where the lower court judgment was upheld.

“I can’t say if the three condemned officers were eventually sentenced as ordered by the hierarchy of the Courts. However, I was not too satisfied with the judgement because killing them was not enough as justice. None of the victims was compensated since the incident occurred twenty years ago. That is why I approached the panel for due compensation”, he added.

Corroborating the testimony, one Mr. Mustapha Muideen, the owner of the burnt Toyota Liteace with registration No Osun XB 104 SGB and a younger brother of the deceased driver, Mr. Dauda Ajani, told the panel the number of times they travelled down to Kogi State because of the case to give credence to the evidence tendered before the panel.

The counsel for the petitioners, Barrister J.O. Babalola, prayed the court to award his clients a total sum of N125million as compensation to cushion the negative effect of all they had suffered to the incident.

According to him, N100million was requested as compensation for the family of the late Rafiu Ajani, the driver of the bus that was burnt, saying the deceased was the sole bread winner of his family and was survived by dependants which include aged mother, three wives and five children.

He further appealed to the panel to award the second petitioner, Mr. Sulaimon Badmus, who escaped from the police a total sum of N20million as compensation for losing all his capital aimed to purchase rams, just as he also urged the panel to award a sum of N5million to one Mr. Mustapha Muideen, the owner of the bus that was burnt.

Ruling in the case, the Chairman of the Panel, Justice Akin Oladimeji (rtd), asked the petitioners’ counsel to prepare his final address for adoption and adjourned the case to March 5th, 2021.

Your appointment as chairman governing council by president...

Federal government will fish out all criminals and...

Nigeria Will Bounce Back, SRJ Assures At Easter.