Popular Posts
The state of Osun Anthem,Yoruba and English.
APC Convention: How the delegates may vote.
The Biography of the Alaafin Oyo his imperial...
“Egbedore state constituency 2023 and payback”
Hero-worshiping senator Ajibola Basiru Agbada caught in a...
Gists

Governor of The State of Osun, Adegboyega Oyetola, has appointed Mr. Mikhail Adejare Adebisi as the Deputy Chief of Staff (DCoS) in charge of General Administration. 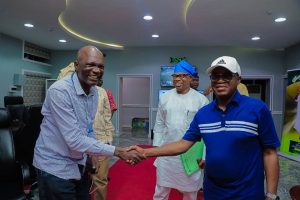 Ismail Omipidan, Chief Press Secretary to the governor, said the latest appointment was announced by the governor himself on Friday while declaring closed, the 4-day retreat organised to sensitise political appointees in the state of the task ahead.

The new DCoS, who had served both as Assistant Chief of Staff and Special Adviser in the Governor’s Office, holds an LL.M degree and he is currently pursuing his doctorate programme in Law.

An illustrious son of Ilobu, Irepodun Local Government Area, Adebisi, 53, was until his latest appointment the Supervisor in charge of General Administration, Local Government and Chieftaincy Affairs.

Adebisi, a graduate of Obafemi Awolowo University, (OAU), Ile-Ife, where he bagged a B.Sc degree in Sociology/Anthropology, equally holds a law degree as well as an M.Sc degree in International Relations from the same university. 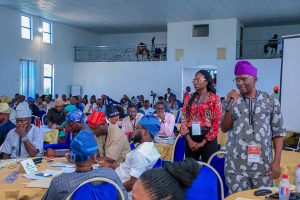 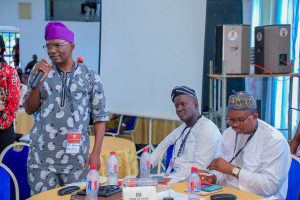 Gowon: A patriot at 85 – Governor Oyetola

PHOTOS: We Have Left Everything To God, Say...