Osun commissioner for Works and transport, Omowaiye Oluremi plays host to his Oyo state counterpart: synergizes on how to resolve problems facing the roads linking the two states. 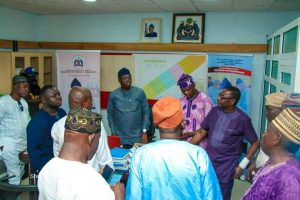 Prof. Afonja Who was on Official Visit to the state of Osun Commissioner for works and transport had a robust interaction and synergized on how the problem affecting the roads linking the two states could the resolved in short while.. 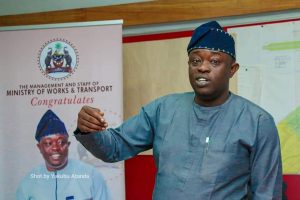 Management in the ministry of Works and Transport and Special Adviser to Governor of Osun on Water Resources and Energy, Engr. Ibitoye Felix Adeniran were also in the pictures. 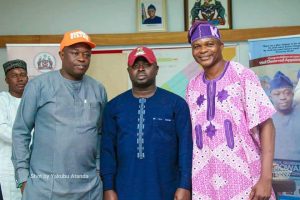 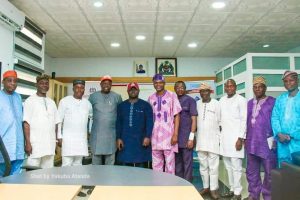 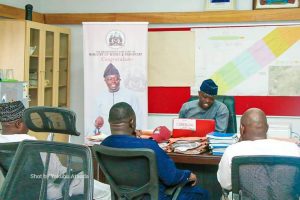 ECOWAS: Osinbajo jets out to Niger.