The Senator representing Osun Central Senatorial District, Dr Ajibola Basiru on Saturday celebrated his electoral victory and inauguration as a member of the National Assembly with his constituents. 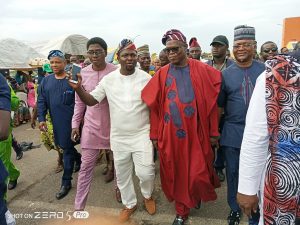 The programme held at three venues in Ila, Ikirun and Osogbo representing the 3 federal constituencies in the district where party loyalists, APC supporters, party leaders and stalwarts all converged to celebrate the Senator.

In Ila Orangun where party members from Ila Federal Constituency gathered, Hon Ismaila Kolawole appreciated the efforts of party leaders in making the electoral aspiration of Dr Basiru a success. 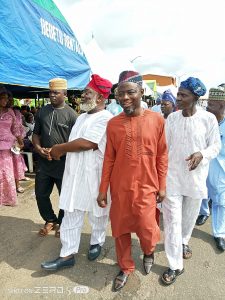 Hon Adeleke Yekeen Banik who spoke at Ikirun on behalf of Ifelodun/Boripe/Odo-Otin Federal Constituency was full of gratitude to all those that supported all APC candidates who recorded overwhelming votes to win during the last election.

The grand finale which held at the Nelson Mandela Freedom Park, Osogbo had in attendance top party echelon in the state including the Speaker of the state of Osun House of Assembly, Hon Timothy Owoeye and the immediate past Speaker, Dr Najeem Salaam, Osun APC Party Chairman, Prince Gboyega Famodun, Hon Akintunde Adegboye, Barr Kolapo Alimi among others.

The speakers described Dr Basiru as a bridge builder who has brought the party together and mobilizing for the course of progress.

In his remarks, Senator Basiru announced the appointment of liaison officers who would serve as constituency relation officers to convey the aspirations of people to the Constituency Office in Osogbo.

Dr Basiru urged party members not to relent but keep mobilizing at Ward, Local Government and state Level And be loyal to the administration’s of Governor Oyetola.

He also called for prayers to aid the victory of Governor Gboyega Oyetola at the Supreme Court on July 5.

The train ended where the Senator, Dr Ajibola Basiru visited his paternal and maternal homes to appreciate them for the undying love shown to him before, during and after the election.

THE HISTORY OF OSHODI; STORY OF YORUBAS.