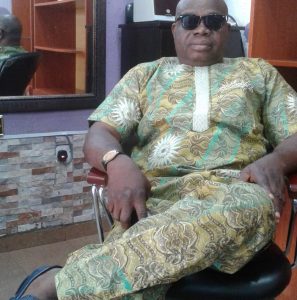 The All Progressives Congress in the state of Osun has  commiserated with the Osun APC’s Director of Publicity, Research and Strategy, Barr Kunle Oyatomi, family as  well as people of Ipetumodu over the death of his biological mother, Mama, Deaconess Julianah Olakemi Oyatomi, describing her death as sorrowful.
The party stressed that the deceased was a woman of peace, industrious, virtuous and very religious woman during her life time which made the Christ Apostplic Church, Okeola, Ipetumodu to honour her with Iya Ijo.

This was contained in a release issued from the Office of the Chairman, and personally signed by the state party chairman, Prince Adegboyega Famoodun which was made available to newsmen on Wednesday in Osogbo, the state capital.

According to the party, “Mama Oyatomi, aged 85,  was a proud mother, who possessed all the qualities of a good mother. She single handedly invested heavily in all her children after the death of her husband, She also cared for everyone that came in contact with her without hesitation”.

Mama Oyatomi died on Wednesday after a brief illness. She is survived by children and grandchildren.

Osun APC therefore prayed to God to grant Mama Oyatomi the eternal rest and give her family and the entire people of Ipetumodu the fortitude to bear the irreparable loss.