As promised by the Arole Oduduwa & Ooni of Ife, Ooni Adeyeye Enitan Ogunwusi Ojaja II, the winner, first and second runners-up in the just concluded 2020 Ojaja II Principal Cup on Tuesday 17th, March, 2020 received cash prizes presented to them by the Ooni’s Director of Media & Public Affairs, Comrade Moses Olafare who had a week earlier presented keys of an
18-seater school bus to Oduduwa College. 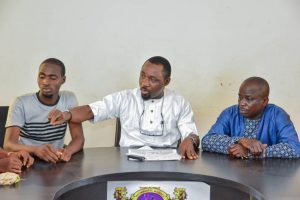 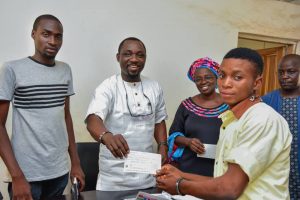 Presenting the cheques to the beneficiaries at the conference room of the palace media office, Comrade Olafare commended the players for their outstanding performances throughout the tournament, describing them as soccer legends in the nearest future. Olafare also on behalf of the Ooni, praised the coaches and teachers of the students, saying the talents and skills displayed y the players could not have been achieved without the painstaking efforts of the coaches and teachers.

“Baba, has asked me to commend these his children who are your students for their outstanding performances and conduct driven by the spirit of sportsmanship displayed during the 3 week tournament. Kabiyesi also thanks the teachers and coaches for preparing these students and guiding them through the season of the tournament. The competition would never have been successful without your efforts. 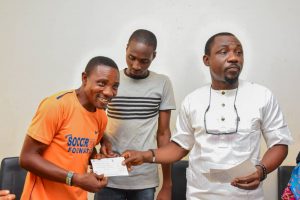 “I am being sent by His Majesty to implore you all not to relent in your good works of teaching, mentoring and guiding these children as the future of our dear country.

“Let me equally inform you that Kabiyesi has several plans and programmes toward showcasing these children to the world among which is the Ojaja II football academy which will soon be operational as six acres of land have been earmarked for this project and we are working to ensure that the next edition of the tournament is being played there.”
Olafare narrated. 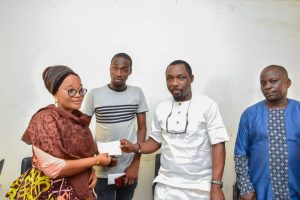 Aside from the schools, several individuals who got cheques are; the coach ofOduduwa College, Dabiri Ayodele(₦100,000), Goalkeeper of Progress School who was also man of the match, Kodunmi Ayomide(₦100,000), the Commentator, MC Jacuz(₦250,000) and others got huge individual cash prizes which the Ooni promised them during a dinner hosted in their honour three weeks ago.

The beneficiaries who could not hide their joy took turn to thank the Ooni for keeping his words, praying that God Almighty continues to strengthen him in the good work.

“We are so happy and grateful to our father, the students are happy and uniquely motivated with the event and these prizes. May God continue to be with the Ooni.” The Chairman of Oduduwa College’s Sports Committee, Mrs. Salami Omolola Folasade said. 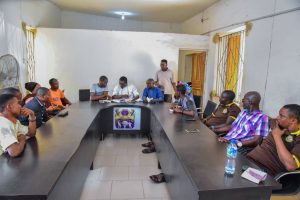 Earlier, Oduduwa as the winner had immediately after the final football match been given keys to a school bus as part of the prizes of winning the prestigious 2020 Ojaja II Principal Cup football tournament.

Oduduwa College, Ile-Ife and Progress Comprehensive School, Modakeke-Ife had Thursday 5th of March this year played against each other in the final match of 2nd edition of Ojaja II Football Principal Cup which ended with 3-0 in favour of Oduduwa.
The players of both schools accompanied by their coaches, teachers and parents were later same day hosted to a dinner at the Ooni’s palace by the Ooni himself who also dazzled them with foods, drinks and cash gifts.

AKOL Pharmaceutical Company and the Special Adviser on...