Popular Posts
The Story Of Attah Ameh Oboni – the...
The state of Osun Anthem,Yoruba and English.
King (Dr) Saheed Osupa 58 Albums between 1992...
Teju is a Natural Leader – Rauf Aregbesola.
The Biography of the Alaafin Oyo his imperial...
Politics

MEET THE MAN THAT ORDERED THE TEMPORARY REPAIR OF OKE RESI ROAD, EDE.

The great sage, Nelson Mandela once said that ” The best way to find yourself is to lose yourself in the service of others”. 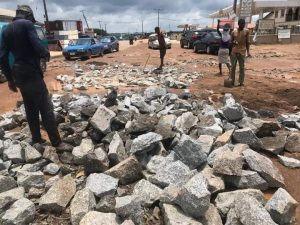 This was what Alhaji Musa Ismail, the CEO of Musat Multi ventures exemplified when he ordered the temporary repair of Okeresi Road, along Ededimeji.

His intention was purely to ameliorate the hardships of the motorists and other road users of the said road.

We reliably gathered that Alhaji Musa Ismail, CEO of Musat Multi Ventures partnered with NURTW to make the project a feasible one. 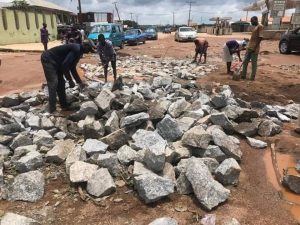 This was against what some people had earlier reported about the road. They were only trying to take credit for what they did not do. We implore the general public to ignore their plan for cheap popularity. Since the development of the society is not just the job of the government, we implore other well meaning citizens to learn from this singular act which has generated a lot of accolades for the philanthropist. 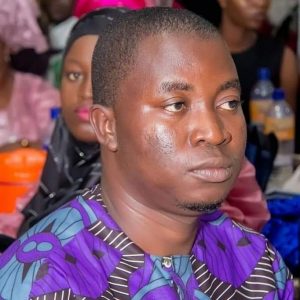 One Mr Olugbenga Akanfe has earlier took to his Facebook page to claimed that the honorable representing Ede South state constituency Hon Niran Akanfe Atidade is responsible for the ongoing road rehabilitation to claim the glory of the work but the lie was later bursted through our investigation that the guy was only trying to claim the glory for the said honorable who contributed nothing to the ongoing rehabilitation.