Popular Posts
I Belong To The Osun Progressives, TOP, Aregbesola...
Ahmed Lawan@ 61: AGF Greets Senate President, describes...
Prof. Olu Aina @ 80: Architect of prosperous,...
Rauf Aregbesola’s appointment is a round peg in...
The Biography of the Alaafin Oyo his imperial...
Politics 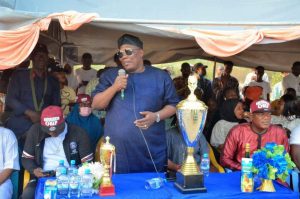 Dr. Najeem Folasayo Salaam while commending the effort of Dr. Richard expatiated the effect of having competition like this that it will be a motivation for the talented ones within the artisans and also encourage others that engaging in other skills training or artisanship isn’t suicide to their talent . 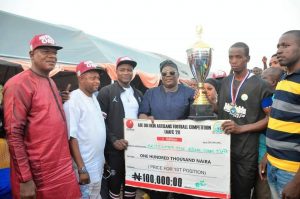 Dr. Salaam as the Olu Omo of Ejigbo and the sponsor of the first edition urges others to emulate this spirit of sportsmanship as he tasks Dr. Richard to do more .

“ Dr. Richard is our brother and a member of APC , it isn’t about belonging to a caucus but this is about building our home and as the Olu Omo of Ejigbo it is my duty to support anyone doing such “ Dr. Salaam added .

Famodun, the outburst of a Prince without traits...

We are not in alliance with PDP; The...

I Belong To The Osun Progressives, TOP, Aregbesola...

Opinion; Now the Ijesas Know they will not...