● Brainstorm on development of Ilie town 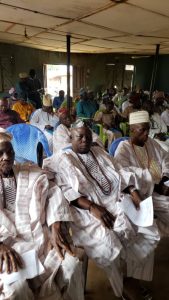 Youths of the town who realised the kind of challenges the ancient town is facing decided to come together and form a unique pressure group that will defend and promote image of the town.

Speaking at the event Alie of Ilie, Oba Abdul-Kareem Oladapo Olagunoye Orisajenjo II applauded the members of Ilie Prestigious Elite Group for summoning courage to gather themselves in the interest of the town. He tasked the group to remain consistent in the struggle to ensure Ilie got what it deserved from the government. 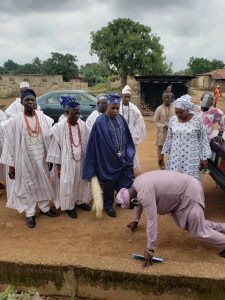 In his speech the Convener and pioneer President of the group Mr Olawale Azeez appreciated the kind of support he received from illustrious sons and daughters of the Ilie which eventually assisted formation of the group. He said “youth are no longer leaders of tomorrow and Ilie is our own Jerusalem, in lieu of this we must sought development of the town” He thanked Kabiyesi Alie and council boss for their steadfastness. 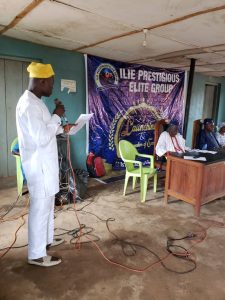 The event was graced by traditional chiefs of the town.

2023: Asiwaju Tinubu is the most competent to succeed Buhari – comrade AbdulAkeem Alawuje as he expresses  confidence in Jagaban leadership qualities.