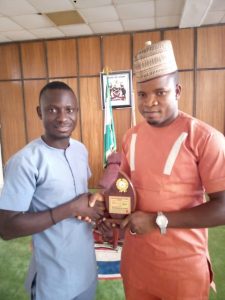 The National Association of Osun State Students’, Adeyemi College of Education, Ondo Chapter has honoured, Mr. Jamiu Omookose, the Personal Photographer of Governor Adegboyega Oyetola in recognition of his distinct efforts in the field of photo journalism. 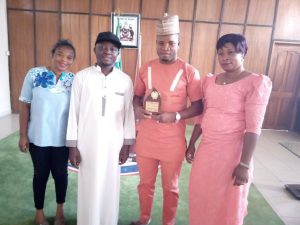 The “merit award” which was presented by the Outgoing President of the association in person of Comrade Busari Yusuff alongside other excos and members of the union at Governor’s office in Abere, Osogbo, the State capital.

The presentation of the award had in attendance, Comrade Lamina Kamiludeen Omotoyosi, Executive Chairman of World Institute for Peace and other workers of  the Governor’s office. 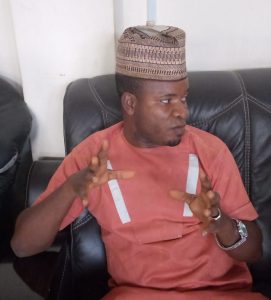 Mr. Jamiu OmoOkose expressed his appreciation to the union leaders and the members, the Governor’s aide pledged not to relent in giving out his best on the field of photojournalism as a contribution towards nation-building.