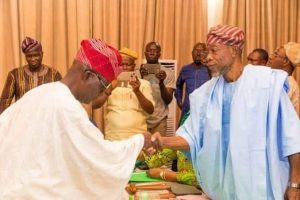 He maintained that the Minister’s efforts in women empowerment, youth empowerment and other poverty eradication measures which placed the state as the 2nd least miserable state which guaranteed security and safety in the State. 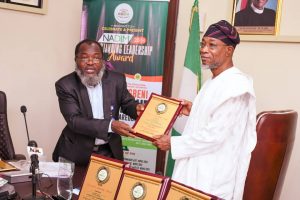 According to NADIM, the achievements of Aregebsola as Governor of State of Osun between 2010 and 2018 which were critically analysed based on academic research, findings and evaluation Salinsile posited earned him the honour.

The immediate past Chief of Staff to the Osun governor urged the Minister to do more in his new role of making Nigeria’s internal security more vibrant and work for the citizenry.

Oyetola Government is your government, you must support it ~ Hon. Adeleke Yekini Adedayo (Baniks) charges the Progressives e-Group.