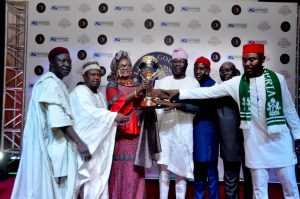 The elder statesman, who clocked 83 last May, was also placed on N500k monthly stipend for life by the Nzenweofor Group at the just concluded maiden edition of the LACLIC GOLDEN HEROES AWARD held at the Ladi Kwali Hall, Sheraton Hotel Abuja.

Speaking during the well-attended event, Chief Ndubuisi Nzenweofor, the CEO of the Nzenweofor Group, said the award was put together to honour Nigerians who have laboured to put the country on the world map. 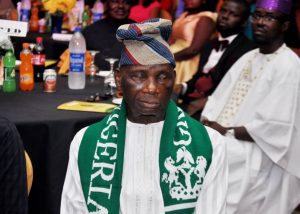 “Just like we sing in the first stanza of our National Anthem that the labour of our heroes past shall never be in vain, this is one of the ways to ensure that the sacrifices they made for this country are not in vain.

“Pa. Akinkunmi is a perfect example of one of the heroes and this is one of the ways to honour them. We have so many of them around the country, dead and alive and we must honour them in their graves,” he said.

The also decried the fact that no street in Abuja has been named after the national hero.

Mrs. Veronica Aloko, who is the National President of the group, confirmed receipt of the items. 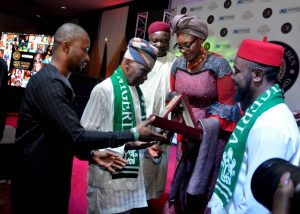 IPOB Attack on Ekweremadu, An Assault on Decency – APC.