The Speaker, Osun House of Assembly, Rt Hon Timothy Owoeye has said that the Ladoke Akintola University of Technology, Ogbomosho (LAUTECH) remains the joint property of Osun and Oyo State. 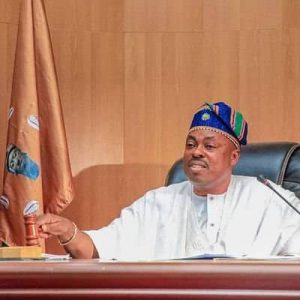 The Speaker at plenary held that any view or actions contrary to the law establishing the University would amount an exercise in futility.

Owoeye In a statement signed by his Chief Press Secretary, Mr. Kunle Alabi, Owoeye stressed that any action by any of the states touching on ownership of the institution without due recourse to the laws establishing the University will only be tantamount to an act of chasing shadows.

The Speaker emphasised the need for no acrimony over the ownership of the institution by both states as the Supreme court has laid the issue to rest when it stated that any of the states willing to severe ownership must be ready to fully compensate the other according to the laws that established LAUTECH.

He appealed to the two visitors to the University,the Governor of Osun, Mr. Adegboyega Oyetola and his Oyo state counterpart, Governor Seyi Makinde to find a lasting solution to the running of the institution instead of allowing people to play unnecessary politics with the lingering crisis.

He opined that any of the states that is desiring the sole ownership of the institution should be bold enough to commence the legal process, saying should one of them be able to fully fulfill the conditions laid down by the laws of LAUTECH establishment, the issue may be finally put to rest.

According to him, “Information at the disposal of Osun House of Assembly has it that Osun has always been performing it’s responsibilities to the institution.

” The University is a joint responsibility of the two States, should Oyo be willing to take the sole ownership, the laws are clear on what it should do. The issue of ownership here is not one that can be achieved through the pages of newspapers, Twitter or political blackmail.

“I am of the opinion that any of the States that wishes for divorce should initiate a genuine procedure as laid down by the law that established the institution”. The Speaker emphasized.